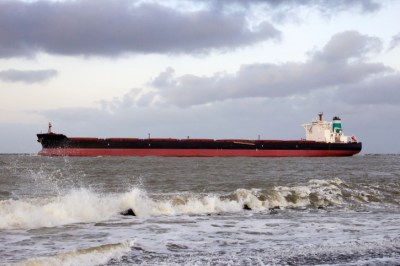 Source: Thinkstock
This has not been a good week for Norwegian shipping magnate John Fredriksen. On Wednesday Seadrill Ltd. (NYSE: SDRL), the Fredriksen-controlled offshore drilling firm, posted a solid beat on earnings, but revenues fell short of the consensus estimate and the outlook through the end of 2015 was weak.

Thursday morning Frontline Ltd. (NYSE: FRO), Fredriksen’s tanker company, reported a loss of $0.81 per share, compared with an analysts’ consensus loss estimate of $0.27 per share. The company also took an impairment charge of $56.2 million on three of its very-large crude carriers (VLCCs).

The worse news for Frontline is that this may be the good news. The average daily time charter equivalent day rate for a VLCC fell from $32,700 in the first quarter of 2014 to $13,900 in the second quarter. The day rate for a smaller Suezmax tanker fell from $27,700 to $12,400. Spot rates fell in a similar fashion.

Frontline agreed in July to terminate its long-term leases (called charter parties) with Ship Finance International Ltd. (NYSE: SFL). The cancellation will cost Frontline $58.8 million, with about $10.5 million due when the contracts terminate in the fourth quarter. The remaining debt will be added to Frontline’s books as notes payable.

The really bad news is that a restructuring may be on the way:

Despite the improved tanker market experienced so far in the third quarter, the Company is in a challenging situation with $1,031 million in debt and lease obligations as of June 30, 2014. Based on the current outlook for the tanker market, it is doubtful if the Company can generate sufficient cash from operations to repay the $190 million convertible bond loan with maturity in April 2015. The Board is considering various financing alternatives such as raising equity or selling assets, establish new loans or refinance existing arrangements to raise sufficient cash to repay the $190 million convertible bond loan. A full restructuring of the company, including lease obligations and debt agreements might be the only alternative.

READ ALSO: The Best (and Worst) Countries to Find a Full-Time Job