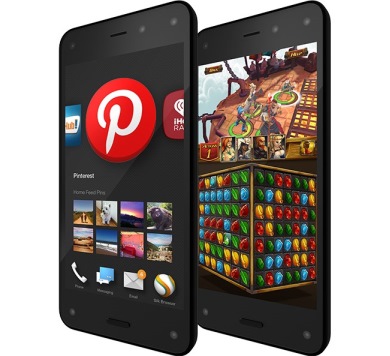 Source: courtesy of Amazon.com
The extent to which smartphones continue to replace desktop and laptop PCs and even threaten tablets was evident from second quarter 2014 sales figures. Worldwide smartphone sales passed 300 million for the first time, reaching 301.3 million. And that number rose an impressive 25.3% from the same period in 2013.

Among operating systems, Apple’s (NASDAQ: AAPL) iOS and Google’s (NASDAQ: GOOG) Android continued to keep all others out of the market, but the news was not entirely encouraging to the iPhone maker. According to research firm IDC:

The dominant smartphone operating systems (OS), Android and iOS, saw their combined market share swell to 96.4% for the quarter, leaving little space for competitors. Android was the primary driver with its vendor partners shipping a total of 255.3 million Android-based smartphones in 2Q14, up 33.3% year over year. Meanwhile, iOS saw its market share decline despite posting 12.7% year-over-year shipment growth. While Android and iOS both realized gains from a year ago, the rest of the market recorded losses.

Apple’s only near-term chance to fix the disadvantage against Android is an extremely successful launch of its new iPhone 6.

Microsoft’s (NASDAQ: MSFT) press into the smartphone market was a failure again in the second quarter. Its share of the global market dropped to 2.5% from 3.4% in the same period in 2013. There is a very small chance the trouble will not be quite as bad going forward. According to IDC:

Windows Phone volumes declined from a year ago, but compared to the previous quarter, it showed slight improvement, making it the clear number 3 smartphone platform. The list of OEM partners has not changed significantly from a year ago, but that could start to change during the second half of 2014 when numerous vendors within key emerging markets come on board, including BLU, Micromax, Prestigio, Yezz, and others. These join Foxconn, Gionee, JSR, Karbonn, Lava, Lenovo, LG, Longcheer, and ZTE.

This list of adopters is not adequate, based on statements by Microsoft’s management about how important are mobile initiatives. It is not likely that the market will ever be different from Android, iOS, and then barely everyone else.