The Cheapest Cars to Insure in America 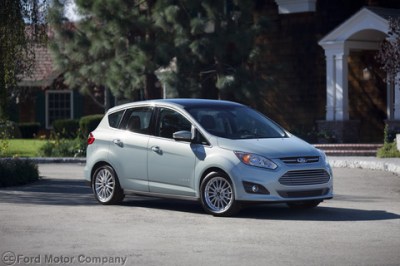 Source: courtesy Ford Motor Co.
Car insurance rates should be simple to calculate. Inexpensive cars are cheap to insure because they cost less to fix. But the math is much more complex than that. An analysis of how rates are actually set shows there is a labyrinth of determinants. People who want to own a car that is very inexpensive to insure need to take into account a broader array of factors than just its price.

Click here to see the 15 cheapest cars to insure

Based on a study conducted by insurance information site Insure.com, 24/7 Wall St. reviewed the 15 cars least expensive to insure. On the face of it, most are low-end cars, vans and SUVs. That means the parts for these vehicles are fairly inexpensive to replace. An analysis of the most expensive cars to insure confirms that logic. Luxury sedans with price points over $100,000 can cost three times more per year to insure than inexpensive ones. But the price of the car is just the start of the calculation.

Another factor is the likely drivers of a given model. Is it young men or older women? As Amy Danise, editorial director of Insure.com, told 24/7 Wall St., “If you’re buying insurance for the Ford Edge” — which had the lowest average insurance premium — “you are benefitting from the great driving of people you’ve never met.” The same probably holds true at the other end of the spectrum for muscle cars driven by men under 25.

Another factor that determines the price of insurance is how a car is usually driven. Cars that are mostly taken on short family outings cost less than a car that can travel 200 miles per hour. Danise explained that in the case of many cars with low insurance rates, the drivers “are probably hauling a family and doing local errands — the kind of driving where you’re not going out to long commutes on a highway or driving out late at night, when crashes are higher.”

Additionally, the ability to drive 200 miles per hour is based to some large extent on engine size. If you buy a 12-cylinder CL-600, Danise said, “you’re not buying that thing to go 25 miles per hour.” Most vehicles with low insurance premiums usually at most six, and more often four-cylinder, fuel-efficient engines.

These vehicles are also very large, with better passenger protection than the standard sedan. This is another factor that drives down the average insurance premium of owners. The result of larger vehicle size is a lower likelihood of passenger injury in the event of an accident, meaning insurance companies do not have to pay out for medical costs as often, and the bill is less expensive when they do.

24/7 Wall St. reviewed data provided by Insure.com to determine the 15 cars that cost the least to insure. From manufacturer websites, we reviewed specifics of the vehicles, including the manufacturer’s suggested retail price (MSRP.) We also identified vehicle fuel efficiency from data provided by the Department of Energy’s fueleconomy.gov. Vehicle safety ratings are from the National Highway Traffic Safety Authority’s (NHTSA) online database, safercar.gov. Information published by Edmunds.com, which produces reviews for car models, was also considered.

These are the 15 Cheapest Cars to Insure.