The 10 Most Counterfeited Products in America 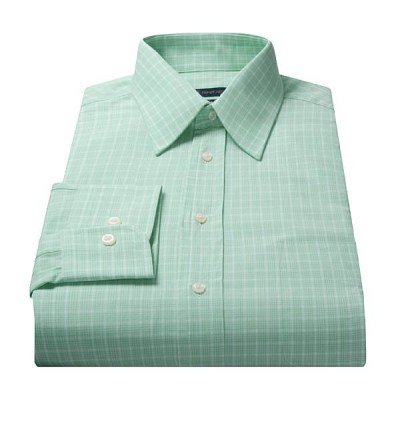 The American economy loses $250 billion as a result of counterfeit products each year, according to a recent report. Despite the impact, only a fraction can be detected and confiscated by the government.

Approximately $1.26 billion worth of counterfeit goods originating overseas were seized by the U.S. Customs and Border Protection (CBP) in 2012. Each seizure averaged $10,450 worth of counterfeit goods. The three most confiscated items in 2012 were handbags and wallets; watches and jewelry; and wearing apparel and accessories. 24/7 Wall St. reviewed the 10 most counterfeit items seized in 2012, based on their retail value.

The value and the number of seizures changes dramatically each year due to the products sold and the success of CBP operations. The value of handbags and wallets seized in 2012 rose 142% compared to the previous year. Therese Randazzo, the director of the Intellectual Property Policy and Programs Division for the CBP, explained that CBP officials may seize knockoffs of more expensive brands in one year than in another.

The value of product seizures also fluctuate as a result of different methods of smuggling counterfeits into the U.S., which ultimately impact what products get seized.

Only a decade ago, most counterfeit goods were shipped from overseas via large containers and then sold in the country. An increase in online shopping has changed that, Randazzo told 24/7 Wall St. Now, counterfeiters are selling these items through websites and shipping them directly to the consumer, making it that much harder to track and seize. To combat the new techniques, the CBP has begun targeting and shutting down websites that facilitate these transactions.

It is important that federal enforcement agencies account for the online shift in the counterfeiting market, Lev Kubiak, director of the National Intellectual Property Rights Center said in a statement. “Attacking criminal activity at every point along the international supply chain, to include websites, manufacturers, shippers and shipping routes, border entry points, distribution networks and payment methods, is critical to” CBP and Homeland Security Investigations enforcement efforts, he said.

More of these counterfeits originate from mainland China than any other country in the world. This is due in part to the fact that China is the largest manufacturer of so many products — most of which are made cheaply. Adding to this, enforcement of intellectual property is also particularly weak in the country. Hong Kong, Singapore, India and Taiwan rounded out the top five countries of origination for counterfeits seized by CBP.

While it is an effective measure of government activity, the report fails to capture the full-scale of counterfeits in the U.S. This is because the CBP does not include seizures of items originating in the U.S., digital piracy, and counterfeits that are not seized. In the case of software piracy, for example, counterfeiting costs U.S. companies billions alone in lost revenue. However, because the CBP does not measure digital transmission, which represents the vast majority of software piracy, the scale of the theft is underrepresented.

Based on information provided by the CBP, 24/7 Wall St. reviewed the 10 most counterfeited items seized by officials based upon the manufacturer suggested retail price (MSRP). We also looked at the number of times the item was confiscated in both 2012 and 2011. We also looked at the top five countries of origination for all items seized to reflect how much of each item came from a particular country.

These are the 10 most counterfeited products in America.