Should Ford Have Been Trashed This Much? 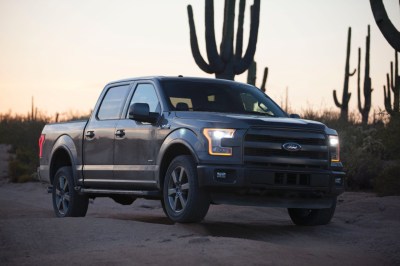 Source: Ford Motor Co.
Ford Motor Company (NYSE: F) gave a mixed guidance picture on Monday, and it honestly seems as though the company was not expecting the drop in the stock to be as bad as the drop that was actually seen. To prove a point, Ford shares fell by roughly 7.5% on the news in late afternoon trading — something you would expect from a pre-market or after-hours press release more than a late-day stock crush on major trading volume.

What 24/7 Wall St. cannot help but wonder is if Ford CEO Mark Fields and CFO Bob Shanks were caught off guard here. It seems very possible that Ford’s management thought the news would not be as bad as the reception of that news indicated. Had management decided that the news was as bad as the reception, the company should have issued a pre-Investor Day press release detailing the issues.

Ford did finally drop its press release for its vision out to 2020 while this article was being edited.

One of the new products being talked up was the aluminum body aid heavy pick up trucks. This and the new Mustang are expected by the company to be serious wins ahead.

The real negative seems to remain in Europe, where Ford has been losing money. In fact, Ford is now expecting to lose $1.2 billion this year on a pretax basis — and Ford also expects to have a loss of roughly $250 million in 2015 rather than a small profit. As expected, Russia is part of the blame and the company has laid workers off in Russia.

The bright spot in Ford’s picture is Asia, where the company expects to have a $700 million profit this year with improving results in 2015. In North America, Ford is expecting profit margins to be in the 8% to 9% range for this year. Costs associated with recalls were expected to weigh on those margins.

While we think that Ford probably did not expect such a large drop in its stock, Ford’s management did knowledge that the results are worse than what was expected.

We would look for an analyst feeding frenzy on Tuesday, with some analysts slashing estimates and other analysts defending their calls.