Why Growth Is Muted at Tesla 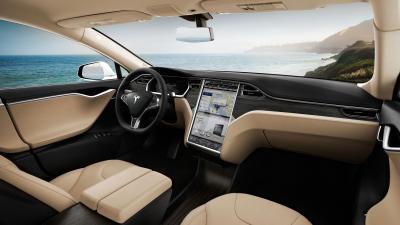 Source: courtesy of Tesla Motors Inc.
Tesla Motors Inc. (NASDAQ: TSLA) is watching its shares free fall after its CEO Elon Musk made some less than positive projections on the company’s outlook at the Automotive News World Congress. Suffice it to say he predicted that the company would not have a full-year profit until 2020.

According to Musk, to reach profitability the company will need to sell 500,000 cars per year, which is not projected until 2020.

In addition to this outlook, Tesla also announced weak sales in China for the fourth quarter. Musk commented on this, saying that the weaker sales were the result of a misperception by Chinese consumers that there might be difficulty in charging the electric cars. However, Musk expects the sales issue to be resolved by the middle of the year.

At the event, Musk also mentioned that Tesla was open to partnerships with retailers to sell its cars, but this could not take place until after the company had remedied its production bottlenecks. It is worth noting that he said Tesla is not actively seeking any partnerships.

Musk further stated that Tesla could be profitable already, but the company would rather opt to invest in new technology and expanded retail networks. He has followed Google on investing in R&D and real spending on efforts that may not pay off for a decade — or ever. That may be a part of what is hurting GAAP profitability.

The just-introduced Chevrolet Bolt is considered the closest competitor, in terms of electric cars, and its release is expected in 2017. However, Musk is not worried and does not see it as a competitive threat.