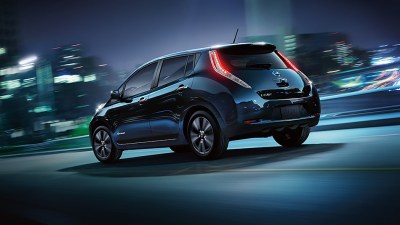 The Chevy Volt from General Motors Co. (NYSE: GM) was replaced at the top of the sales leader board in 2014 by the Nissan Leaf, which sold 30,200 units, versus 18,805 for the Volt. The third best-seller was the Model S sedan from Tesla Motors Inc. (NASDAQ: TSLA) with an estimated 2014 sales total of 17,300. The data were published by website Inside EVs.

In just eight sales months since its introduction, the i3 from BMW sold nearly 6,100 units, more than four times the sales of GM’s Cadillac ELR and Toyota’s RAV4 all-electric.

Electric car sales were hurt in the second half of 2014 by the collapse in crude oil and gasoline prices. December 2014 sales of nearly every model available in 2013 were lower than a year ago with one big exception: Tesla’s Model S continues to sell to the well-heeled crowd as much for its performance as for its green credentials.

Hybrids posted their worst showing since October 2011, according HybridCars.com, with December market share of 2.2% and annual share of 2.75%.