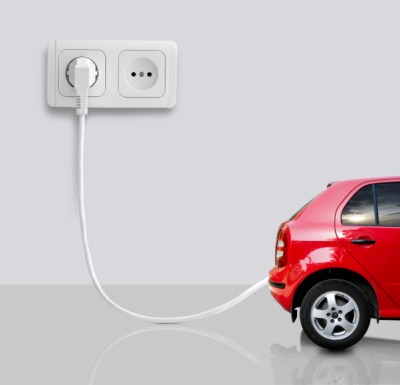 Source: Thinkstock
The North American International Auto Show opens Monday in Detroit, and General Motors Co. (NYSE: GM) is expected to unveil its next generation all-electric car, the Chevy Bolt. GM has already introduced its redesigned Chevy Volt for 2016, but the rumored Bolt is drawing a bead squarely on the proposed Model 3 from Tesla Motors Inc. (NASDAQ: TSLA).

While the Bolt has not been formally introduced yet, early reports of some of the car’s specifications read as if the company were talking about the Tesla Model 3: battery range of 200 miles, crossover styling as opposed to a compact, and a price tag in the $30,000 to $35,000 range. Both cars are due on dealer lots in 2017.

The most interesting thing about both the Bolt and the Model 3 is the combination of the cars’ range and their (relatively) low price. Both cars would effectively double the current range of similarly priced all-electrics like the $35,000 Volkswagen e-Golf (range 118 miles), the near $40,000 Kia Soul EV (124 miles) and the near $42,000, Mercedes B-class electric (124 miles). The base range for the $41,350 BMW i3 is listed as 160 to 180 miles and owners can add a range extender (a small gasoline engine) for an additional charge.

Toyota appears to be committed to its fuel-cell cars and less committed to battery-powered vehicles. The company’s Mirai fuel-cell car was introduced in November, and the four-door sedan sells for $57,500 or is available on a 36-month lease with monthly payments of $499 after an initial payment of $3,649. The car will be sold first in California later this year, and Toyota said that there will be 19 fueling stations available around the state where owners can purchase compressed hydrogen fuel.

GM may be making a smart play here, and CEO Mary Barra can take a significant share of the credit because the Bolt was approved for development when she was the head of the company’s product division.

Now may not seem like the best time to introduce a new all-electric car. Gasoline prices have fallen to multiyear lows and show no signs of halting the slide. The average price of a gallon of gas in the United States fell another $0.013 on Sunday to $2.139. That marks the 108th consecutive day of falling gasoline prices.

But these low gasoline prices will not last forever because they cannot. U.S. consumers have a history of buying fewer fuel-efficient vehicles every time the price of gasoline falls sharply, and the current drop is no exception. It is highly unlikely that gasoline prices will remain this low into 2017, and GM may be doing the smart thing by trying to steal a little of Tesla’s thunder right now. After all, Tesla’s stock rose about 42% in the past 12 months while GM’s fell about 11%.