Can Volvo Make a Driverless Car That People Will Buy? 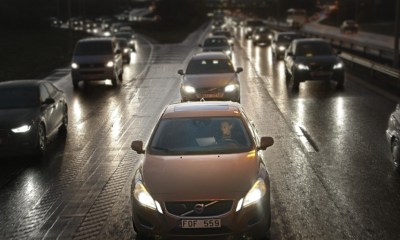 Source: Zhejiang Geely Volvo
No test tracks, no professional drivers, just real people on real roads around Gothenburg, Sweden. That is the plan for 100 driverless cars that Volvo wants to hit the Swedish roads by 2017. And no, it’s not a gimmick.

Volvo, which is now owned by Chinese automaker Zhejiang Geely, has set a lofty goal: the company wants to ensure that by 2020 no one is either killed or seriously injured in one of its cars. The driverless pilot program in Gothenburg is another step toward that goal.

With companies from Google and Apple to the GM and Mercedes working on driverless — or as some call it “autonomous” — technology, where does a relatively small brand like Volvo hope to fit in? Those of us of a certain age recall Volvo’s heyday in the 1970s and 1980s, when the company trumpeted the safety of its cars and Volvos were generally accepted as the safest cars on the road. Following its acquisition by Ford in 1999 the brand nearly disappeared in the United States, losing 56% of its sales between 2000 and 2010, when Volvo sold just 54,000 units in the country.

Geely acquired the carmaker in 2010 and U.S. sales picked up a little, reaching 68,000 in 2012 before dropping back to just around 56,000 last year. Part of the company’s problem is that all cars are now a lot safer than they were in the 1970s and safety as differentiator is a tougher sell.

Yet Volvo appears to be concentrating its driverless efforts on individual drivers rather than on producing vehicles that would become part of a public transportation fleet. A Volvo engineer told The Guardian:

It is relatively easy to build and demonstrate a self-driving concept vehicle, but if you want to create an impact in the real world, you have to design and produce a complete system that will be safe, robust and affordable for ordinary customers. Making this complex system 99% reliable is not good enough. You need to get much closer to 100% before you can let self-driving cars mix with other road users in real-life traffic.

If Volvo can achieve that goal, will ordinary people buy the technology? Can the company resurrect its former position as the safest car on the road? It is too soon to tell, but we have to give them credit for making the effort.