iPhone 5S, Xbox One, PlayStation 4: As Good as Gold in Brazil 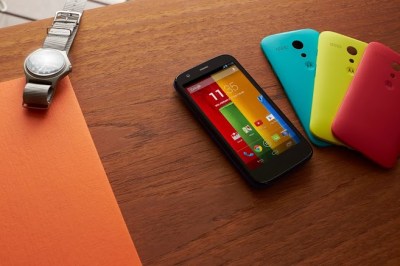 The Motorola division of Google Inc. (NASDAQ: GOOG) launched its low-cost Moto G model in Brazil earlier in November and the base 8 Gbyte unlocked version is expected to cost the equivalent of $280 ($179 in the U.S. when it becomes available next year).

Part of the problem, at least for the iPhone, is that Apple does not have a contract with any Brazilian carrier, so there are no subsidized phone prices. An iPhone 5S that costs about $199 to manufacture (not including software and marketing costs) and sells unlocked in the U.S. for $649 should probably not cost more than twice what it does in Brazil. Ah, but then, there are Brazilian taxes.

According to a Sony spokesperson, the base price for a PlayStation 4 on arrival in Brazil is $468. Taxes of one sort or another add more than $1,100 and the rest is retailer profit. Some 63% of the cost of a PlayStation 4 in Brazil goes to pay a variety of taxes.

The onerous taxes are intended to encourage companies to bring manufacturing operations to the world’s fifth most populous country where they will support jobs and the local economy.

Apple is looking to circumvent the whole tax issue by building a plant in Brazil with its Taiwan-based manufacturing partner Foxconn. Volkswagen, BMW, and Mercedes-Benz have also announced plans to build plants in Brazil. Under Brazilian law products manufactured in Brazil do not pay the hefty taxes for imported finished goods.

Brazil’s economy, like other emerging economies over the past few years, has been booming, but inflation is beginning to take a toll on the country’s spending power. Unemployment is rising as domestic demand falters, and foreign investment plans could be slowed or abandoned altogether.