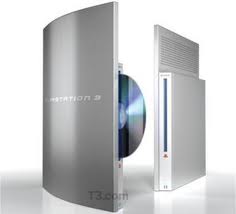 Game consoles and handheld game players took another shot to the chin today as Sony Corp. (NYSE: SNE) dropped the price of its Playstation 3 console by $50 on both the $299 160-Gbyte and $349 320-Gbyte versions. The new price becomes effective on Thursday.

Competition from other console makers like Microsoft Corp. (NASDAQ: MSFT) and Nintendo Corp. (OTC: NTDOY) and a huge hacking scandal have combined to weigh on Sony’s sales of the Playstation. This could be more bad news for game designers like Activision Blizzard Inc. (NASDAQ: ATVI) and Take-Two Interactive Software, Inc. (NASDAQ: TTWO), both of which have seen customers move from packaged software to downloadable games. Game makers are selling more downloadable games, but revenue is lower than for packaged games although margins are higher.

Nintendo has already dropped the price of its 3DS handheld console from $249.99 to $169.99 in an effort to attract more buyers. After one week of sales in Japan, Nintendo’s efforts appear to have paid off with sales jumping to more than 214,000 from just over 32,000 in the week before the price cut.

Nintendo’s latest earnings were down by about 50% from the previous quarter and the company has lowered its sales target for its Wii console and lowered its profit target by more than 80%.

Sony would like to avoid that, but the debacle over the hacking attack and the lack of enthusiasm for the Playstation 3 from the beginning are going to be too much to overcome.

Combined with the continuing incursion from the smartphone makers, Sony may have waited too long to get on the latest train to leave the station. Sort of reminds us of how the company and its Walkman were blindsided by MP3 players. This won’t be the last price drop for the Playstation 3.