Could the Apple iPad Pro Bring a Big Revenue Boost for Logitech? 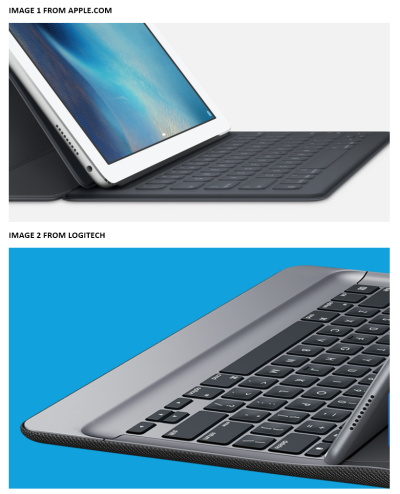 Source: Jon Ogg Apple vs Logitech
Logitech International SA (NASDAQ: LOGI) may not have become forgotten about, but the days of endless growth from endless peripherals are long gone. The move to mobile internet via smartphones and tablets has not exactly been the greatest thing for Logitech. After all, it makes all those peripherals that the new generation of tech users said their parents use for PCs — even if Logitech sells many gadgets, accessories and peripherals for video games.

Logitech has already sold keyboards that were compatible for the iPad generations for Apple Inc. (NASDAQ: AAPL), but the new product refresh may bring more interest to Logitech.

The first caveat for success here is that the new iPad Pro has to actually take off and be a big success, something that is not assured based upon prior iPad ramp-ups and refreshes having lost steam. The second caveat is that consumers have see and prefer this third-party keyboard from Logitech. Obviously, both caveats come with risks.

Logitech announced on Wednesday, shortly after the debut of the wave of new Apple products out in California, that it is working with Apple to leverage the new iPad Pro smart connector. The company has announced the Logitech CREATE Keyboard Case for iPad Pro. This is said to be developed closely with Apple to leverage the new Smart Connector, and it will bring to market the first ever third-party keyboard compatible with the iPad Pro Smart Connector.

The target here is to escape the need to power on, set up or charge the keyboard. Logitech’s CREATE keyboard automatically powers on and pairs with your iPad Pro when placed in the typing position, without the need to use Bluetooth pairing and without the worry of charging your keyboard again.

CREATE is our best iPad keyboard. Ever. Powered by the iPad Pro via Smart Connector, it never needs charging. With a direct magnetic connection it never needs pairing. And since it’s from the keyboard experts, CREATE always provides the world-class typing experience you’ve come to expect from Logitech.

Logitech is the world leader in iPad keyboards, and we’re introducing the Logitech CREATE Keyboard Case – developed together with Apple – to enhance and perfectly compliment the iPad Pro. With a full-size keyboard designed to work with iOS 9, the Logitech CREATE will help make the iPad Pro a creativity and productivity powerhouse. Even the color and finish of the keyboard are meticulously crafted to feel and look like the other half of your iPad Pro.