What to Make of the New Apple iPad Pro, Apple TV, iPhone and Watch 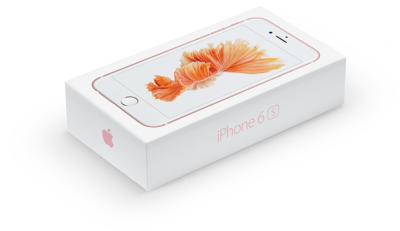 Source: Apple Inc.
The first product that CEO Tim Cook of Apple Inc. (NASDAQ: AAPL) talked about today at Wednesday’s product launch was the Apple Watch. As expected, though, the new iPhones were the stars of the show.

A new Watch operating system is due for release on September 16th and the wearable will go into the holiday season with native apps for Facebook Messenger, GoPro, and, presumably others, as well as an app called Airstrip for physicians. New bands designed by Hermes and a new iTranslate app for the Watch that allows wearers to translate as they (or someone else) speaks into the Watch. The Apple Watch will ship today in 24 countries.

Is the iPad Pro Pitched at Consumers or Corporations?

Next up was the new iPad Pro, a 12.9-inch version of the original 9.7-inch iPad, which Apple claimed has the most advanced display the company has ever made. The device uses the new 64-bit A9X chip and has a battery life of 10 hours. iPad Pro starts at $799, the keyboard is $169, and the pencil is $99. All will be available in November.

Although Apple is pitching the device to corporate buyers and users, the focus on screen resolution seems more appropriate for consumers who want to watch movies and play video games. The company also launched a smart keyboard for the new iPad Pro, and an Apple Pencil that allows users to write directly on the iPad screen, provided of course they don’t lose the stylus.

Microsoft Corp.’s (NASDAQ: MSFT) Office suite of productivity tools will be available for iOS, which is the whole point of the new keyboard and stylus and the focus on corporate buyers. If the iPad Pro sounds like a cross between a Microsoft Surface device and a Samsung Note, you’re not missing the point.

Is Apple TV the Future of Television?

The future of TV is apps, according to Tim Cook, and the new Apple TV is ready to play. The Siri voice recognition program will search Netflix, Showtime, Hulu, and HBO looking for the video or movie you want to watch. The Apple TV device will also allow users to play mobile video games on the TV monitor. Why Apple chose to include a dedicated remote for the device is a mystery. Why not use an iPhone as a remote? Perhaps the company thought that would limit the pool of potential buyers, but the basic $149 price tag ($199 for the 64GB model) may be limiting enough.

On the plus side, the Apple TV remote can also be used to play games, shop on the TV, and for all the apps that will be available for the new Apple TV operating system, called tvOS.

The two new Apple TV models will be available in late October and in more than 100 countries by the end of the year. The existing $69 version of Apple TV will continue to be sold as well.

The 6s and 6s Plus are the new versions of the larger iPhones that were launched last year. There’s a new color (rose gold) and a new aluminum alloy, new durable glass, a new A9 processor, force touch technology called 3DTouch, an improved (50% more pixels) 12 megapixel iSight camera, a 4K video camera, a 5MP FaceTime Retina flash, and Live Photo technology that captures 1.5 second on each side of a still photo, allowing users to put some movement into the photos when viewing them.

Apple will begin taking pre-orders for the new iPhones on September 12, and a new iOS 9 is set for delivery on September 16th. The new phones will be available on September 25th in 12 countries and by the end of the year in more than 130 countries from 400 carriers.Apple said pricing for the full lineup of iPhones would start at free for the iPhone 5s on up to $299 for a 16GB 6S Plus. That’s pricing for the subsidized phones that all the carriers are getting away from now. The big news on pricing is Apple’s iPhone Upgrade Program where $32 a month gets you a new unlocked iPhone every year.

Overall, the event was as polished and professional as everyone now expects from Apple. Investors, however, were not terribly impressed. From a high of around $114 before the event started, the share price dropped more than $3 a share before recovering to trade down about 0.8% on the day at around $111.40 as the band (OneRepublic) played on. 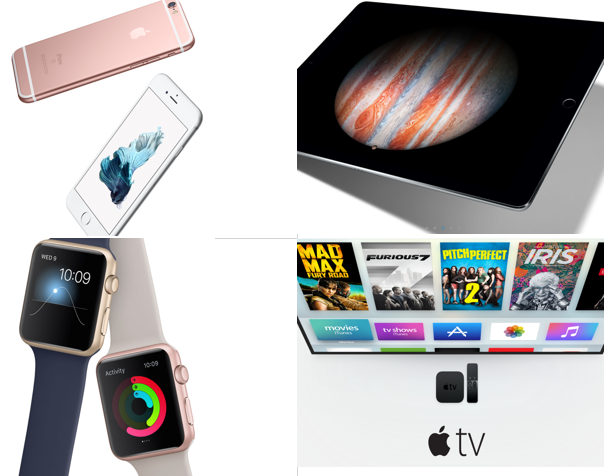