Pinnacle Foods in a Pickle Over Buyout Offer 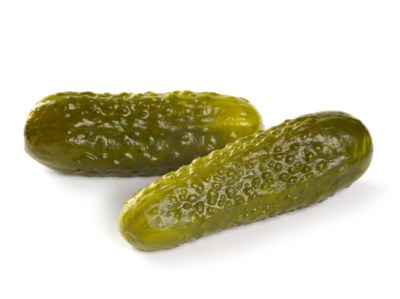 Source: ThinkStock
Pity poor Pinnacle Foods (NYSE: PF). After receiving a buyout offer from Hillshire Brands (NYSE: HSH) for $6.6 billion it was at the top of the world, with its shares hitting their highest level ever, or over $35 a share. But after Hillshire itself became an object of desire, receiving competing bids from Tyson Foods (NYSE: TSN) and Pilgrim’s Pride (NYSE: PPC), Pinnacle has been hit with a case of don’t-want-itis as both bidders require that Hillshire give up its pursuit of the maker of Vlasic Pickles, Celeste Frozen Pizza, and Van de Kamp fish sticks.

Although Pinnacle has largely given up most of the gains it made in the aftermath of the offer, the fact that it still trades north of where it was before Hillshire came knocking suggests investors believe someone might still come calling. The question is, though, would they be willing to pay the same premium?

Pinnacle itself has been willing to boost its top and bottom lines by playing the M&A game. Last August it bought the Wish-Bone salad dressings business from Unilever for $580 million that was mostly responsible for the 5% increase in sales the business saw in the first quarter along with the 21% jump in GAAP profits. Sales in Pinnacle’s Duncan Hines division, which represents 41% of total sales, jumped nearly 17% from the year ago period because of the 19% contribution of Wish-Bone. Absent that, lower pricing, a calendar shift in the Easter holiday, falling volumes, and unfavorable currency effects all would have conspired to cause revenues to fall.

Given that Wish-Bone is now in the portfolio, Pinnacle was able to reiterate its guidance for double-digit EPS growth for the year.

The risk for investors is Pinnacle’s concentration on frozen foods at a time when healthier fresh food is ascendant. According to Nielsen data, fresh produce is the fastest growing department in grocery stores, jumping 7% year over year, while frozen have been flat. Breaking it down even further, Nielsen dices “fresh produce” into four separate categories: healthy, which are items such as produce, lean meats, and seafood; convenience, which are prepared foods and pastries; premium/indulgence, that includes specialty cheeses, meats, and desserts; and multicultural. A recent Bloomberg Businessweek article notes that healthy contributes the lion’s share to sales, or 36% of the total, even though the multicultural segment is the fastest growing.

Frozen food, on the other hand, is on the decline as the market researchers at Mintel say shoppers view frozen foods as offering little nutritional value to their diet. Nestle, for example, saw sales of its Lean Cuisine line of frozen dinners tumble 11% in 2013. The company’s CEO says It’s not that the products are dead, but simply consumers don’t want “a bag of ice.”

By that measure, Pinnacle has held up better as its Birds Eye Frozen segment saw sales inch higher 0.6% due to higher volumes. Still they have the top share in frozen vegetables, owning one quarter of the market, although its Aunt Jemima brand, Van Camps frozen seafood, and a few other labels contributed to the increase.

Yet that raises concern that another merger offer for Pinnacle won’t be coming from outside its niche, meaning it would be left for one of its rivals to step forward, but private label packaged foods maker Treehouse Foods (NYSE: THS) might find it difficult to swallow its bigger rival, which means the even smaller B&G Foods (NYSE: BGS) wouldn’t have the financial wherewithal either, though Pinnacle’s Vlasic pickles would be a good match for B&G’s own shelf-stable brand.

Over the past year shares of Pinnacle have appreciated by more than 30% and the Wish-Bone acquisition suggests it’s done well in bolstering its offerings. Even if no one else comes knocking again investors can feel confident they’ll have a steady performer in their portfolios.  Should an offer come its way — and since the investment firm Blackstone (NYSE: BX) still owns 51% of the company, you can be sure they’re looking for someone to give them an out — I’m not convinced it would provide the same premium Hillshire was willing to pay.

Will this stock be your next multi-bagger?
Give us five minutes and we’ll show how you could own the best stock for 2014. Every year, The Motley Fool’s chief investment officer hand-picks one stock with outstanding potential. But it’s not just any run-of-the-mill company. It’s a stock perfectly positioned to cash in on one of the upcoming year’s most lucrative trends. Last year his pick skyrocketed 134%. And previous top picks have gained upwards of 908%, 1,252% and 1,303% over the subsequent years! Believe me, you don’t want to miss what could be his biggest winner yet! Just click here to download your free copy of “The Motley Fool’s Top Stock for 2014” today.