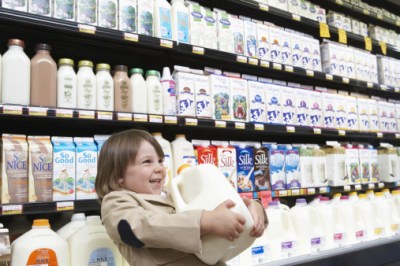 Source: Thinkstock
Dean Foods Co. (NYSE: DF) reported second-quarter 2015 results before markets opened Monday. The largest milk producer in the United States posted adjusted diluted earnings per share (EPS) of $0.33 on revenues of $2.01 billion. In the same period a year ago, the company reported an earnings per share loss of $0.14 on revenues of $2.39 billion. Second-quarter results also compare to the Thomson Reuters consensus estimates for EPS of $0.26 and $2.06 billion in revenues.

The company’s non-executive chairman, Tom C. Davis, resigned Friday, effective immediately, and neither he nor the company has offered any explanation for the departure. The 66 year-old Davis has been a board member since 2001 and was named chairman in 2013. There was no reference to Davis’s resignation in the earnings report, but the conference call is sure to raise the subject.

Across our supply chain, we continued to execute our cost productivity agenda and utilize our scale to procure ingredients and packaging at industry leading levels, optimize our production network and reduce our logistics costs. From a commercial perspective, with the category showing signs of improvement, we continued to focus on striking the right balance between volume performance and price realization.

With volume performance coming in-line with our expectations and a generally favorable commodity environment, we delivered a fourth consecutive quarter of sequentially improving gross profit and operating income. For the quarter, our gross profit, on an absolute dollar basis, and our operating income, on a per gallon basis, was the highest we have had since 2012.

The company also said it expects volume to drop in the third quarter in the low single digits.

The resignation of the company’s chairman may have a larger impact on the stock Monday than the earnings results will. Investors rarely like surprise changes in corporate governance.