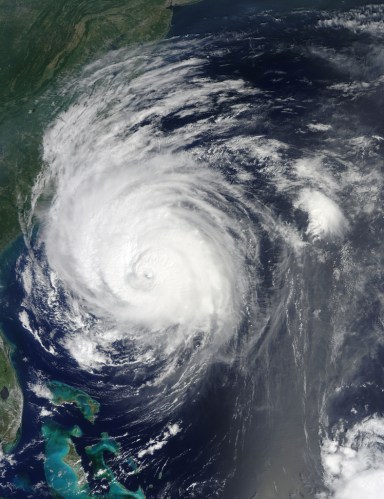 Source: flickr / gsfc
Tropical Depression Two has now come Tropical Storm Barry. The storm has formed after crossing the Yucatan and in the Gulf of Mexico off of the eastern coastline of Mexico. The current cone path shows that Barry should hit Mexico’s southeastern coast on Thursday morning as a tropical storm.

As of now, the current projected cone path indicates that there is almost zero risk to the Gulf of Mexico’s vast offshore oil rigs. It also appears to pose no threat to land inside the United States. At the 1:45 PM Central Time update, Tropical Storm Barry is now the second named storm of the 2013 hurricane season. Today’s update shows that the storm is moving West at 10 miles per hour and the maximum sustained wind is currently 40 miles per hour.

As of now, this looks to be no real threat to the United States.