Source: Thinkstock
The best company to work, the worst, and the new “50 Best U.S. Cities for Employment Satisfaction” study from industry leading employee opinion group Glassdoor. The actual list would be better called a review of the “50 largest cities,” and which ones have the most favorable work environments. Or, as researchers call it sometimes, the Glassdoor Employment Satisfaction Report Card by City.” Pick the best title, as if it were a contest.

The cities near the bottom of the list, are probably ones that most people who have the luxury to pick and choose will ignore. Detroit is near the bottom. So are Las Vegas, Buffalo and Milwaukee. Not has much to recommend these other than bad real estate prices and residents who want to leave.

How did they do it:

This report is based on U.S. metro population and at least 500 reviews per metro shared on Glassdoor by local employees over the past year. 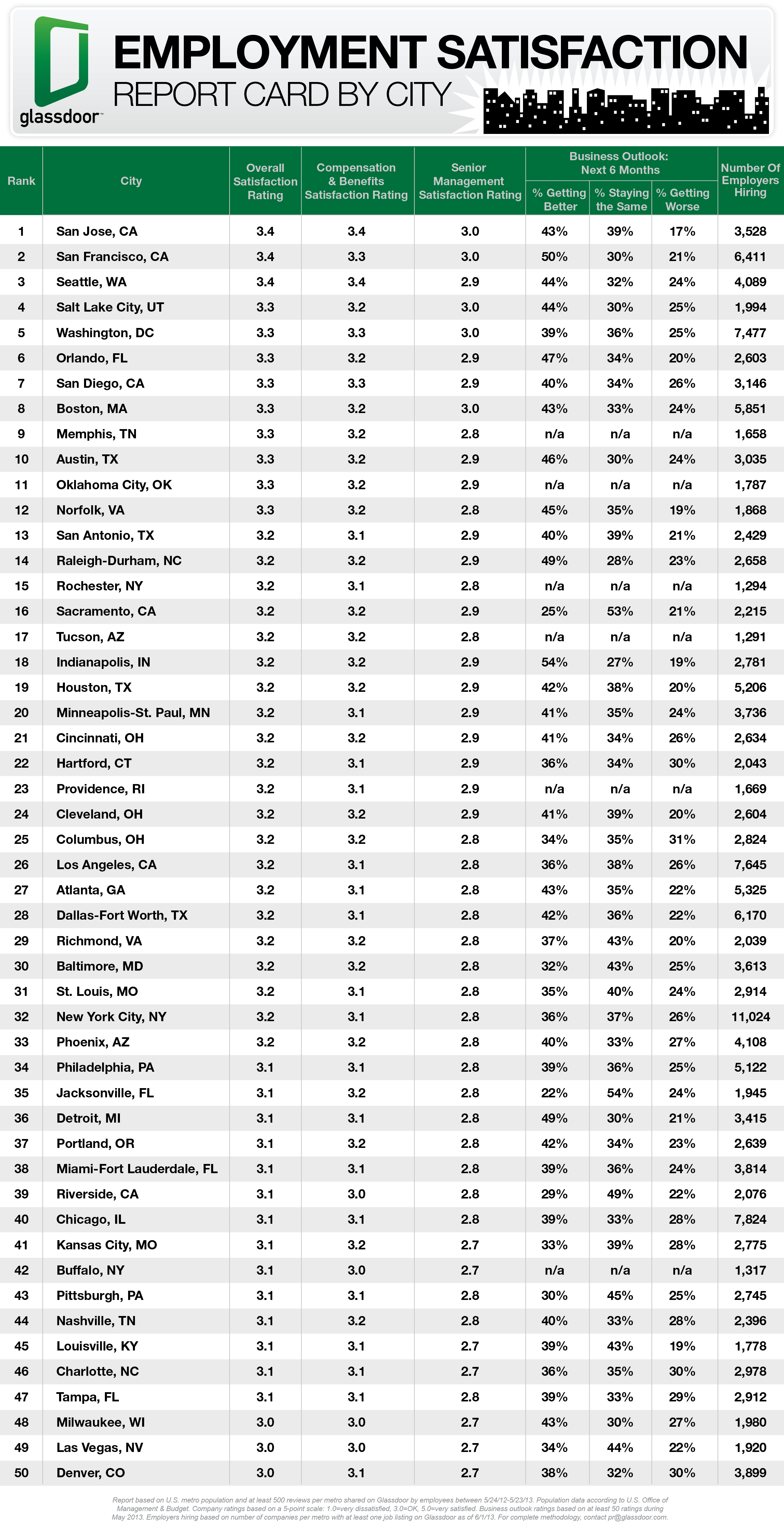