3 Michigan Cities Have Lowest Gas Prices in US 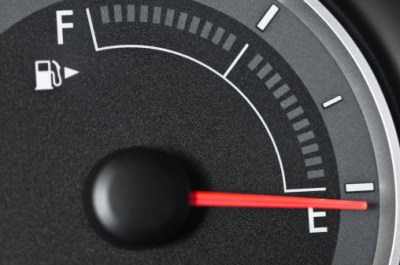 Source: Thinkstock
Michigan is not near any huge oil refineries. Michigan has the sixth highest gasoline tax of any state. Yet three cities of the four cities in America with the lowest price per gallon of regular are in Michigan. The fourth on the list is a few miles from the Michigan border, in Toledo, Ohio.

Of course, Michigan cities, like all cities, benefit from oil prices that are the lowest in over five years. The price per barrel has dropped to $52. That is down from $100 in June. And the price pressure is downward, not up. U.S. frackers and Saudi Arabia appear to be in a price war. Russia claims it will continue its output. Nations like Mexico, Brazil and Venezuela may have no choice. Better to get some revenue than none, even if each barrel taken out of the ground loses money from the drillers.

In addition, the largest oil producers like Exxon Mobil Corp. (NYSE: XOM) and BP PLC (NYSE: BP) have the balance sheets to lose money. And they have paid tens of billions of dollars on infrastructure, which they are not going to idle.

ALSO READ: 10 Huge Countries Without Their Own Oil

It makes sense that gas prices would be low in Oklahoma, Texas and Mississippi. They are close to the huge refineries near Houston and on the Gulf of Mexico. That means transportation costs are low. Also, the gas tax in Texas is the 38th highest in the nation at $0.20 per gallon. It is 44th highest in Mississippi at $0.19 and 46th in Oklahoma at $0.17. In Michigan, the state with the sixth highest gas tax, it is $0.39. (New York’s is highest at $0.50 per gallon, and it has the third highest average price per gallon among all states at $2.75.)

The low price of gasoline in the three Michigan cities remains a mystery, at least to the local press. According to the Detroit Free Press, one of the state’s largest papers:

“Gas prices continue to drop due to a significant decline in crude oil costs,” auto club spokeswoman Susan Hiltz said. “Crude oil represents about two-thirds of the cost of gasoline and is directly correlated with changes in gas prices.”

Not much of an explanation.

ALSO READ: The Best and Worst Run States in America