States With the Highest Gas Prices 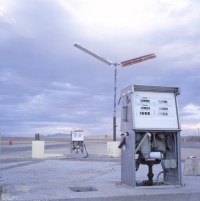 Gas prices in every state are higher than they were one month ago.  While the nationwide average price of $2.45 per gallon is far lower than levels one year ago, it has risen steadily for over a month, the longest string of consecutive daily increases in more than two years. The average price of gasoline in California rose by nearly a dollar in the past month to $3.39 per gallon, by far the largest increase and the highest gas price nationwide.

Based on statewide average prices of regular gasoline as of March 9 from AAA’s Daily Fuel Gauge Report, 24/7 Wall St. reviewed the 10 states with the highest gas prices. Avery Ash, a spokesman for AAA, explained that gas prices rise around this time every year primarily due to seasonal maintenance and production shifts. However, he added, both price levels and price spikes vary widely from year to year and between states.

Click here to see the states with the highest gas prices

Last year, prices increased in the spring due to refinery issues in the Midwest. This year, the bulk of the increases have been on the West Coast, especially in California. According to Ash, high regional gas prices this year can be attributed to increasing crude oil costs, routine refinery maintenance, and unexpected production issues.

What drives gas prices in your state? in 24/7 Wall St.'s Polls on LockerDome

The majority of refineries are located in the Midwest and around the Gulf Coast. According to Ash, transporting fuel “from the Gulf Coast through pipeline up to the northeast requires additional transportation costs,” and this can lead to “some challenging supply distribution dynamics for the Northeast, especially during the storm season.”

Four of the 10 states with the highest gas prices are located in the northeastern United States. Hawaii, the state with the second highest average cost of gasoline, is also located a great distance from oil refineries.

In addition to a state’s location and the associated transportation costs, state gasoline taxes also have an impact on gas prices. With the exception of Alaska, drivers in all of the 10 states with the highest gas prices paid much higher total gasoline state taxes and fees than the average national gas tax rate of 29.89 cents per gallon. In addition, all drivers pay a federal excise of 18.4 cents per gallon.

To identify the states with the highest gasoline prices, 24/7 Wall St. examined the 10 states with the highest statewide average prices per gallon of regular gasoline on March 9 from AAA’s Daily Fuel Gauge Report. We also reviewed the U.S. Energy Information Administration’s (EIA) 2013 Refinery Capacity Report, which breaks out production capacity and the number of operable refineries by state. Capacity figures cited are from January 2014 and reflect the number of barrels of oil that operating refineries can reasonably be expected to produce in a calendar day. Also from the EIA, we reviewed figures on total oil production by state for 2013. We looked at gas taxes per state from the American Petroleum Institute, which are current as of January 2014. Annual 2013 unemployment rates came from the U.S. Bureau of Labor Statistics. Data on roads, vehicle miles, and gasoline consumption came from the Federal Highway Administration (FHWA). Additionally, from the Bureau of Economic Analysis, we looked at regional price parity as a proxy for cost of living.

These are the states with the highest gasoline prices.