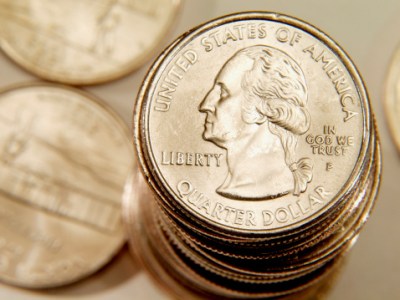 Source: Thinkstock
Forget the price of gasoline falling below $2. In four American cities, the average price of a gallon of regular has dropped below $1.75. Enough cities have prices just above that so that the number of such places could more than double in a month.

A year ago, it was inconceivable that the average price of a gallon of gas would drop below $2 anywhere. The national average was $3.32, which means in states that have the highest prices, such as Alaska and Hawaii, prices were at $4 or above, and in many states higher than $3.50. Now, the highest price per gallon on average within the Continental United States is New York’s at $2.60.

Oil prices, transportation costs and state gas taxes are the primary contributors to gas prices. Surprisingly, Colorado has one of the highest tax figures at $0.404 per gallon, and Kansas is at $0.424, according to the Tax Foundation. The figure is much lower in Missouri at $0.357 and Oklahoma at $0.354. So, tax rates may contribute, but not enough to be the primary determining factor.

Proximity to large refineries is critical also. Oklahoma certainly benefits from that.

The main reason the price of gas in these states and cities will continue to fall is declining oil prices. Goldman Sachs recently moved its target for crude to $42, down from the current price of $47. Oil was over $100 a barrel last June. Speculation is that the equivalent of a price war between U.S. shale producers and OPEC (primarily Saudi Arabia) will drive prices lower. This gets coupled with a sharp slowing of demand in recession-threatened Japan and Europe, as well as GDP growth at multiyear lows in China.

Although oil prices and gasoline prices are not exactly married, crude may well drop another 10% to 15%. That would help drive the price of an average gallon of regular under $2 in the United States as a whole and below $1.75 in a large handful of cities.