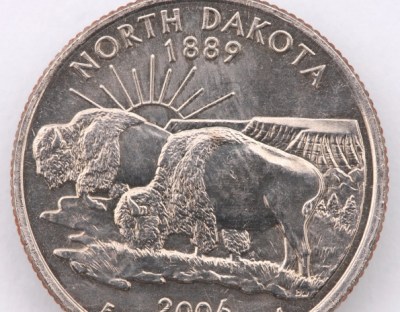 Source: Thinkstock
Both houses of North Dakota’s state legislature have passed a bill to lower the state’s extraction tax on oil and to eliminate the current practice of tying the tax to the price of crude oil. The legislation is now on the governor’s desk for signature.

A fiscal note attached to the bill by the legislature’s research group estimates that the new tax structure will add $120 million to the state’s coffers over the two-year 2015 through 2017 biennium. Democrats who opposed the Republican-sponsored bill have said that it will cost the state billions over the next 10 years.

Under the current law, crude oil producers in North Dakota pay a 5% gross production tax and a 6.5% extraction tax. However, the law includes a “trigger” that lowers the extraction tax to 4% if the wellhead price of crude oil falls to $52.50 a barrel and lowers it to 2% in certain other circumstances. A second, “reverse” trigger that went into effect on January 1 of this year permits the state to raise the extraction tax to 6% if crude prices rise above $90 a barrel for three consecutive months.

The law awaiting the governor’s signature would leave the 5% production tax alone, but lower the extraction tax to a flat 5% and eliminate the trigger that lowers tax while retaining the reverse trigger. The net effect is that taxes on oil production will remain at 10% regardless of the price of crude.

In the 2011 to 2013 biennium, oil and gas taxes accounted for about $4.07 billion, or 45%, of North Dakota’s total tax collections of $8.96 billion. During that period the price of crude oil never dropped below the trigger price, so producers were paying a total of 11.5% on every barrel produced. At the proposed 10% tax rate, the state would have collected about 13% less, or a total of around $3.54 billion (assuming all the collections came from oil and none came from natural gas, just to keep it simple). All things equal, the state will collect about $5.3 billion less in taxes over 10 years.

Other opponents of the change included the Three Affiliated Tribes based on the Fort Berthold Reservation. The reservation accounts for 30% of the state’s oil production. Under current law, the tribes share oil tax revenue with the state and that would not change. What changes is the amount that is shared. Tribal leaders had argued for a reverse trigger set at $70 a barrel rather than $90, and a compromise amendment was reached to set the trigger at $80 a barrel, but that amendment failed.

For its part, the North Dakota Petroleum Council, which represents the industry, has said that it would prefer the state and the tribes to maintain the tax sharing arrangement as it currently stands. At one point tribal leaders had suggested that they would pull out of the agreement and levy their own taxes on production. The industry is predictably satisfied with the new, lower tax rate, although the group had originally proposed a total tax rate of 9%.