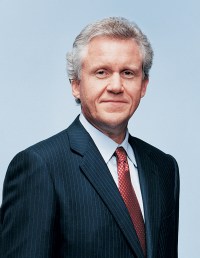 GE (NYSE: GE) CEO Jeff Immelt, speaking at a business gathering in Italy savaged China and President Obama. In an unusual move, GE said that Immelt’s comments did not reflect the views of the company. That should not be a surprise given the extent to which Immelt attacked both the President and the People’s Republic.

Immelt vented about frustrations that are probably common among American businesses. He said that China had become hostile to the interests of large multinational companies, to some extent because they have become competitive to firms based on the mainland. He said multinational firms will have to consider moving enterprises out of China to other more friendly nations. He warned that the world’s largest manufacturing company was contemplating better prospects elsewhere in resource-rich countries and that those nations did not want to be “colonised” by Chinese investors, according to The Globe and MailImmelt went on to list several ways in which Obama had failed the business community and America has a whole. Business did not like the U.S. president, and the president did not like business, he said, making a point of praising Angela Merkel, Germany’s chancellor, for her defense of German industry. “We [the U.S.] are a pathetic exporter… we have to become an industrial powerhouse again but you don’t do this when government and entrepreneurs are not in synch.”

Toyota (NYSE: TM) and Honda (NYSE: HMC) might both agree with Immelt’s sentiments. Both are fighting work stoppages at their Chinese plants. But the problem spreads well beyond that. China’s reluctance to revalue the yuan and the theft of intellectual property from firms based in the US and Europe have siphoned off revenue from many large companies.

It is not clear where Immelt thinks American businesses might move, but nations like Vietnam and Mexico are considered more “business friendly”.

Immelt’s attack on the sitting President were even more enthusiastic. Immelt essentially accused Obama of being hostile not only to American companies, but of also being a poor leader during a troubled period in American history.

Immelt may be angry, but GE is not willing to face the risk that his rants might hurt its interests.

Why Hydrogen Fuel Cell Maker Plug Power Is Being Pummeled

Why FuelCell Energy Got Hammered Early Thursday, and Why the Beating Stopped