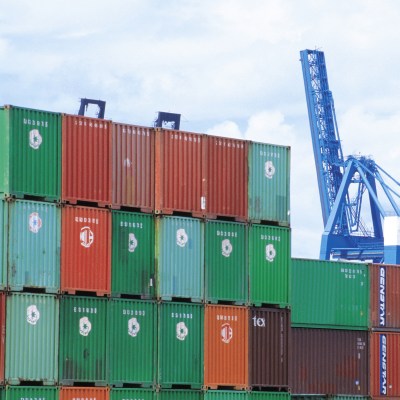 Source: Thinkstock
A trade war is brewing between the United States and China, but the offended parties — U.S. companies operating in China supposed forced to hand over technology for access to local markets — do not seem to have much to say about the matter.

The pretense for the administration’s threatening to investigate China’s trade practices are based on the 1974 Trade Act, and the president is not the first to employ the law by far. The Reagan administration also tried to use the law in order to strengthen the position of the United States in trade with the People’s Republic. These efforts ended mostly in failure, which is why the law has not been invoked in decades.

How bad is the problem that the White House is trying to solve here? Administration officials are throwing around the number $600 billion, but it is unclear how this number is calculated. A more precise metric of the problem is being reported by the Associated Press. In a recent survey by the U.S.-China Business Council, 20 out of 100 companies surveyed said that they were asked to transfer technology within the past three years as a condition for market access.

This certainly sounds believable, especially for a country still ruled by a one-party communist system. A spokesman for the council then opined that this was unjust. Maybe so, but the problem is, if transferring the technology was so deeply against the interests of these 20 companies, why would they acquiesce anyway? Because access to the Chinese market is more important than maintaining technological secrecy for these U.S. firms in these specific cases.

One could argue that the president is trying to even the playing field with China by pursuing this enforcement of a 1974 trade law, but trying to actually enforce it will almost certainly harm the business that these American companies are already doing in China.

24/7 Wall St.
20 Countries That Love to Vacation in America

The U.S.-China Business Council does indeed represent over 200 American companies, including industry giants like Apple, Monsanto and even banking behemoths like Goldman Sachs. However, it is unclear how much the council speaks for them or is merely formally stamped by them. It would seem that any major move to ignite a trade dispute between the two biggest trading partners in the world should garner some comment from the companies involved, rather than strictly from an umbrella mouthpiece.

How soon may we start seeing practical effects of these new policies? Jacob Parker, vice president of China operations at the council, said that within 60 to 90 days we should know if the administration will begin to seriously pursue this course of action. It will be interesting to see if any of the companies listed as represented by the council will offer any objections to this new course of executive action.