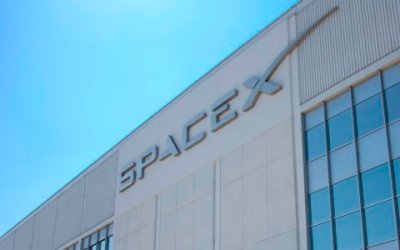 Musk said in late April that he was suing the U.S. Air Force for awarding an exclusive contract for 36 rocket launches to United Launch Alliance (ULA), a joint venture of Boeing Co. (NYSE: BA) and Lockheed Martin Corp. (NYSE: LMT). The contract is worth $11 billion over five years and was awarded to ULA with no competitive bidding. A further 14 launch rockets for fiscal years 2015 through 2017 were to be competitively bid on, but the Air Force has now proposed cutting that number in half. Presumably ULA would be awarded the seven launches that are not open to competitive bidding.

Musk and SpaceX are seeking the right to bid on space launches, and in a letter to the Secretary of the Air Force, U.S. Senator John McCain refers to “at least one potential new entrant [that] has qualified to bid for the balance of launches.” McCain does not name SpaceX, but according to a report at Reuters, the head of the Air Force’s space command said that SpaceX is “likely” to achieve certification in December or January and that the company could compete for seven or eight launches before it is certified, with any contract awards contingent on certification.

ALSO READ: How Much Does Elon Musk Make as Tesla CEO?

In a series of tweets Thursday, Musk vented on a former Air Force procurement official, Roger “Scott” Correll, who retired from federal service in January and who took a job this month with Aerojet Rocketdyne, a subsidiary of GenCorp Inc. (NYSE: GY), which supplies ULA with a portion of the rocket motors that will be used in the 36 launches. In one tweet Musk said, “V[ery] likely AF official Correll was told by ULA/Rocketdyne that a rich VP job was his if he gave them a sole source contract.”

GenCorp was on our list of stocks that could double in 2014.

In a second tweet Musk elaborated: “Reason I believe this is likely is that Correll first tried to work at SpaceX, but we turned him down. Our competitor, it seems, did not.” In his next tweet, Musk cites Senator McCain’s letter.

Musk has also pointed out that some of the ULA engines are currently manufactured in Russia at a firm that is part owned by Aerojet Rocketdyne. Not only that, but Musk claims that ULA’s launch costs average $380 million while SpaceX could do the same thing for less than $100 million. For its part, ULA says its launch costs average $225 million for all its defense, NASA and commercial launch contracts.