In the early nineteenth century, the United States still has a immature economy.  The country’s money supply did not exceed $30 million, which was less than $6.00 per citizen and only $20 million more than the combined amount held between all of the colonies twenty-five years earlier.  The price of many goods increased due to the country’s poor infrastructure.  It cost $9.00 to ship a ton of goods 3,000 miles from Europe to America.  To move the same amount of goods 30 miles from America’s coast inland, it cost the same amount. 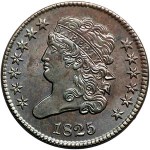 The US economy of 1825 was marked by innovation and expansion.  The development of canal systems and railroads opened access to the country’s interior and, as a result, mass-produced goods became available to many who lived away from the industrial cities and domestic trade increased.  In addition to this, about 100,000 Europeans were immigrating to the United States each year around this time, many of whom were skilled artisans, thereby stimulating the economy greatly. 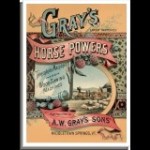 By 1850, the United States’ economy was doing extremely well thanks to the success of agriculture in the South and manufacturing and commerce in the the North’s.  The nation’s population grew about five times its own size from the beginning of the century and, furthermore, labor productivity increased dramatically.  Between 1840 and 1860, the country more than doubled its agricultural output.  Its mining and manufacturing industries approximately tripled their worth over this time period. 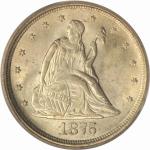 Following the Civil War, there was an unprecedented boom in US production compared with.  This growth, however, was stalled by the Panic of 1873, a major economic recession. Apart from this downturn, the country underwent rapid expansion as the population over doubled from 1860 to 1890, from 31.5 million to 76 million.  Most professions required a 60 hour work week, which paid anywhere between $1.60 per day (a fireman in Massachusetts) to $4.64 per day (a glassblower in New Jersey.) 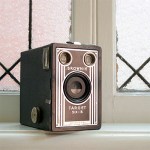 The beginning of the 20th century is known as the Progressive Era.  The lower classes got fed up with the abuses of the trusts and the railroad companies and pushed for legislation against corruption and poor working conditions.  During this period, the United States continued to see a growth in industry, and the number of non-farming jobs increased from 800,000 million to 2.2 million from 1900 to 1920. Similarly, disposable income rose from $20 billion to $71.5 billion. Kodak released its famous “brownie” camera in 1900. It cost $1.