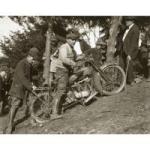 In 1925, America found itself in the midst of the “Roaring Twenties,” which saw a heavy emphasis on rampant business growth and consumerism. In 1925, more than 40 million Americans went to the movies each week, there were 20 million cars on the road, and owning a radio was, for most Americans, as important as owning a television is today. In this year, Chesterfield Cigarettes began marketing to women, and Hormel introduced its first processed meat in a can, which would later be called “Spam.” 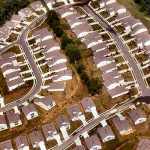 In the 1950’s the American industrial economy was changing after World War II. With millions of American soldiers now back from the war and settling down with the aid of the G.I. bill, as well as the new 40-hour work week resulting from the New Deal, the economy saw the American middle class heavily bolstered, and a mass migration to the suburbs. In 1950, there was one car for every 3.7 Americans and 5 million homes had television sets, with only 45 million still containing radios. In this year, Coke owned 69% of the cola market. 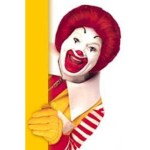 In in the mid-1970’s, the United States was experiencing one of its worst economic crises since the Great Depression. Oil prices skyrocketed and, in 1978, the price of regular gasoline went above $1.00 per gallon for the first time. In 1975, 120,000 Americans declared bankruptcy and unemployment hit 9.2%. That same year, McDonald’s opened its first drive-thru restaurant. 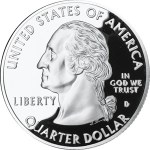 When the United States entered the 21st century, the economy was booming thanks to a “dot-com bubble.”  Unfortunately, conditions took a turn for the worst as the tech bubble burst in 2001. The period is marked by many other characteristics however, such as the fact that 60% of American households owned a personal computer. 2000 also saw the beginning of the modern “green” movement, and Honda released its first hybrid vehicle.

-Charles B. Stockdale, Michael B. Sauter, Douglas A. McIntyre