The Ten Companies That Control The Death Industry 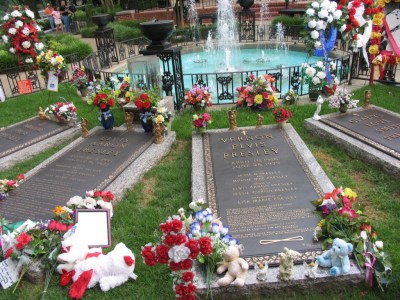 Death in America is a $15 billion a year industry. That includes funeral homes, crematoriums, and cemeteries, but excludes related costs such as headstones and crypts. It is expensive to die in the United States. The average cost of a funeral is $7,323, according to The National Funeral Directors Association. The addition of flowers and a burial plot raises that number closer to $9,000. Almost 2.5 million people died in the United States in 2008, and 1.8 million of these bodies were placed into coffins that were sold.

The death industry is a tale of two economies. A relatively few large companies, most of them publicly traded, control most of the businesses that sells caskets and granite for memorials. The rest of the death industry is made up of many modest businesses. Most of the 19,500 funeral homes in the country are small operations, often owned by the same families for generations. There are more than 120,000 cemeteries and many of these belong to families, nonprofits, and religious institutions.

Death has become more democratic, particularly over time and especially in America. Centuries ago Egyptian pharaohs received elaborate funerals and entombments which would cost  many millions of dollars by today’s standards. The typical Egyptian was fortunate to have a modest burial. Centuries later, bishops were sealed in crypts carved with their likenesses. Their congregations were filled mostly with people whose final resting places were unmarked, and who were buried without coffins and certainly without  rings or mitres.

Today, nearly all of the deceased receive some sort of burial or cremation even if it is paid for by the state. The cost of land and the current overcrowding in cemeteries, along with changes in perception, have made people consider cremation.  Cremations are less expensive than the cost of caskets and plots. John Ross, the executive director of the Cremations Association of North America, claims that a crematory fee is $1,400 which includes a modest urn. Bob Fells, acting CEO of the International Cemetery  and Cremation Funeral Association says that 36% of Americans who die now are cremated. That number is expected to rise to 56% by 2025, although it is hard to imagine how anyone could forecast a trend of that sort so precisely. Most of the funeral business will be decimated if the cremation trend does continue.

Death, like so many other businesses, has been changed by the internet. Wal-Mart sells caskets online at a discount, sometimes as much as two-thirds of  their retail prices. They are shipped to funeral homes.  This competition is another factor that will erode the margins of the traditional funeral industry.

24/7 Wall St. analyzed  the death industry. Much of it is dominated by a few large companies. The tens of thousands of smaller firms that compete with these public corporations have been affected profoundly by their business practices and pricing. The firms that have started to change the industry through e-commerce will certainly leave a larger and larger mark on the sector as each year passes, transforming the American way of dealing with its dead.

Here is the 24/7 Wall St. Ten Companies That Control The Death Industry:

Hillenbrand sells more than 800,000 of the 1.8 million caskets sold in the United States each year. In addition to this, the company sells cremation containers and urns. All of Hillenbrand’s funeral products are sold under their Batesville Casket Company brand, which was founded in 1906.

Walmart, the world’s largest retailer, helped begin the trend of selling low-priced caskets online. The company offers the $995 “Dad Remembered Steel Casket,” with “18 gauge steel high-gloss silver-blue finish.” Walmart is taking a share of the death care industry away from funeral homes and related companies.  According to the casket industry, the impact of the big box retailers is still small.  Other industry experts suggest otherwise.