5 States Drinking Too Much Soda 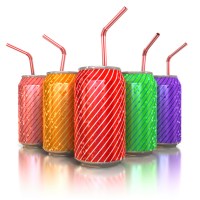 In 18 states, more than 26% of adults consume sweetened-beverages such as regular soda and fruit drinks at least once daily. Sugary drinks are one of the primary sources of added sugars in U.S. diets and have been associated with a range of negative health outcomes.

While there is limited data on sweetened beverage consumption by state, the Center for Disease Control and Prevention (CDC) published the “Sugar-Sweetened Beverage Consumption Among Adults — 18 States, 2012” as part of its Morbidity and Mortality Weekly Report. Based on the report, a higher percentage of Mississippi residents consume sugary beverages on a daily basis than any other state reviewed. These are the states with the highest sugar consumption.

Click here to see the 5 states with the highest sugary drink consumption.

According to the Harvard School of Public Health, and several papers published in medical journals, including prestigious medical journal The Lancet, researchers found an association between sugary drink consumption and obesity. The CDC researchers wrote “Reducing sugar-sweetened beverage consumption as part of a healthy lifestyle might help with weight management and reduce the risk for chronic diseases among U.S. adults.” The obesity rates in four of the five states with the highest sugar consumption fell in the top half of all states, and the obesity rates in three states were among the top 10.

High sugar consumption in these states also accompanied other, relatively unhealthy habits. While 37.7% of Americans reported consuming fruits less than once daily, which is considered low, a far higher percentage in four of the five states reported even lower fruit intake. Similarly, residents of all five states were far less likely to eat vegetables than their nationwide peers.

As the CDC report noted, high sweetened-beverage consumption could be due to food environment and beverage marketing factors. In fact, sugary drinks are frequently granted greater advertising space in grocery stores located in the Southern United States, where three of the five top states for sugar consumption are located.

In addition, poor diets in these areas could be attributed to relatively poor socioeconomic factors more generally. Not only is healthier food often less affordable, but also a certain level of education generally helps improve health literacy, which in turn helps maintain healthy lifestyles. Less than 25% of residents in four of the five states had at least a bachelor’s degree, much lower than the national college attainment rate of nearly 30%. Also, no state on this list had a median household income higher than the national median household income of $52,250.

To identify the states with the highest sugar consumption, 24/7 Wall St. reviewed the percentage of adults in each of the 18 states consuming sugar-sweetened beverages at least once daily in 2012 from the CDC’s weekly “Sugar-Sweetened Beverage Consumption Among Adults — 18 States, 2012” report published August 15, 2014. The percentages of adults in each state consuming other amounts of soda or fruit drinks as well as the self-reported obesity rate in 2013 also came from the CDC. Consumption data are self-reported. The percentage of households relying on food stamps, earning $10,000 or less, $200,000 or more, the median household income, and the poverty rate in each state came from the U.S. Census Bureau’s 2013 American Community Survey. The percentage of each state’s population with limited access to supermarkets, supercenters, grocery stores, and other sources of healthy and affordable food came from the U.S. Department of Agriculture (USDA) and is as of 2010. The percentage of people reporting fruit and vegetable consumption less than once daily, as well as median fruit and vegetable intake also comes from the USDA.

These are the five states with the highest sugar consumption.