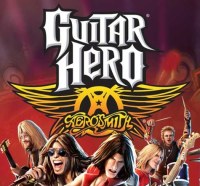 Game maker Activision Blizzard, Inc. (NASDAQ: ATVI) posted unimpressive fourth quarter results after the market closed last night, and to make matters worse, offered a weaker-than-expected outlook for the current quarter and for the full year. But is it really that bad?

For the quarter ended in December, Activision posted an EPS loss of -$0.20 on revenues of $1.43 billion. On a non-GAAP basis, the company posted EPS of $0.53 on revenue of $2.55 billion. Analysts were expecting EPS of $0.51 on $2.35 billion in revenue. Smaller competitors like Take-Two Interactive Software Inc. (NASDAQ: TTWO) and THQ Inc. (NASDAQ: THQI) handily beat expectations for the December quarter, while Electronic Arts Inc. (NASDAQ: ERTS) came in with a beat similar to Activision’s.

Like EA, Activision is getting a larger share of its revenue from high-margin digital distribution. As if to emphasize that point, the company announced that it was killing the once wildly popular Guitar Hero. On the conference call, the company said that “demand for peripheral-based music games has declined at a dramatic pace.”

At the same time, Activision expects the installed base of online-enabled game consoles like the Xbox from Microsoft Corp. (NASDAQ: MSFT) and the PS3 from Sony Corp. (NYSE: SNE) to grow by 24% in 2011, to 92 million units.

Activision clearly expects its distribution of packaged sales to fall. In addition to snuffing Guitar Hero, the company is stopping development of another game, and will not issue a new skateboarding game in 2011. And the company’s Blizzard division, makers of “World of Warcraft,” will not release a new game in 2011, but would issue two Blizzard games in 2012.

Activision said essentially nothing about developing games for mobile devices. Unlike EA, which has developed games for smartphones from both Apple Inc. (NASDAQ: AAPL) and Research in Motion Ltd. (NASDAQ: RIMM), Activision hasn’t made a serious move into the mobile space, perhaps because there’s not a lot of money there, as we noted in our piece about EA’s earnings.

To sweeten the bitterness of its earnings report, Activision announced a new stock buyback program of up to $1.5 billion. The company purchased $966 million of its own stock under a $1 billion buyback program that ended in December. Activision also increased its dividend by 10%, to $0.165 for the March quarter.