From Strippers to Shipwrecks, America's Most Unusual Public Companies

Odyssey Marine Exploration Inc. (NASDAQ: OMEX) is nothing short of a publicly traded treasure hunter.  The company is involved in exploration and recovery of deep-ocean shipwrecks and it in turn sells coins, artifacts, and merchandise from these wrecks.  It has artifacts from the Civil War ship the SS Republic, HMS Victory, Black Swan and more  It has found itself at odds before with sovereign nations which claim that wrecks of ships which sailed under their flags belong to them regardless of their age. OMEX often has to go to international court or set up revenue shares with the countries which adds risk to its model.  To make matters even a bit more interesting, Odyssey Marine also leases its themed attraction exhibit and expedition charters.  The company sports a market cap of close to $185 million and its share price tends to move higher when major wrecks are found or awards from the wrecks are paid, as you saw with its shares popping in recent days after it retained Robert Fraser & Partners to help it identify artifacts from a newly discovered wreck Revenue jumped more than four-fold to $21 million in 2010 but the company was not profitable.  Can you imagine being able to tell people you are a professional treasure hunter?

Premier Exhibitions, Inc. (NASDAQ: PRXI) is part artifact-owner and part museum.  The company is about to offer an interactive experience that simulates being blind called Dialog in the Dark.  It already owns the BODIES exhibit that shows actual bodies for a museum-based scientific experience and the real human bodies have been ‘plasticized’ for preservation.  Another division of the company is its Salvor-In-Possession rights to the shipwreck of HMS Titanic and it also has the museum exhibit Titanic: The Artifact Exhibition.  Its most recent balance sheet gave a value of the total assets of almost $37.3 million.  Revenues of $43.428 million in fiscal February 2010 had been in decline (down from $61.4 million in fiscal 2008), but that may not be the case ahead.  Regardless of whether the revenues are rising are falling, Premier Exhibitions has one of the most unique product lineups of any company among private companies and public companies
alike. 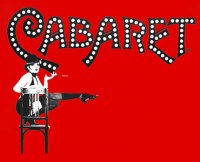 Rick’s Cabaret International Inc. (NASDAQ: RICK) shows up as a restaurant on its peer screen at most finance sites. This is a bit of a misnomer and it is far from a family destination spot.  Rick’s owns and operates upscale adult nightclubs along with about 25 adult-only websites. Rick’s sports a market cap of more than $100 million and it has made many acquisitions around  the country as it selectively rolls up smaller successful operations.  Its acquisitions and its sin business model were able to expand during the recession as $59.9 million in 2008 revenues grew to $75.8 million in 2009 and $82.98 million in 2010.  Rick’s even tried to acquire the only other public rival, a smaller company called VCG Holding Corp. (NASDAQ: VCGH), but that company signed a merger agreement with its own Chairman & CEO in late-2010. 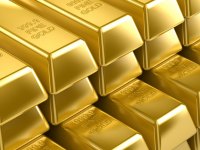 > The Business: Gold Mine Royalties
> Market Cap: $2.83 Billion
> Interesting Fact: The company was originally into oil royalties until a major price drop caused a shift to gold.

Royal Gold, Inc. (NASDAQ: RGLD) is a royalty owner of the yields from gold mines.  What is so amazing is that its market cap is more than $2.8 billion and the company has only about 20 employees.  Most gold-only mutual fund operations require far more than 20 employees to produce even modest income. Royal Gold had revenues of $136.5 million in 2010 with its modest sized staff.  Royal Gold’s portfolio consists of royalties and potential royalties from 187 gold-related properties on six continents.  Some of its royalty producing operations have been on the books for quite some time and it lists about 30 current producing sites with nearly as many development stage royalty projects on its website.  The ‘per employee’ figures for market cap and revenue are among the highest ‘per employee’ figures of all public companies.
As you have probably noticed, we have left of this article any analysis of which models among these public companies is viewed by Wall St. as successful and which is not.  These companies all have histories which speak for themselves.  Some have expanded rapidly and while other are smaller than they were just a few years ago.   The Doors sang “People Are Strange” but they could have also sang “(Some) Public Companies Are Strange.”