From Strippers to Shipwrecks, America's Most Unusual Public Companies


CKX Inc. (NASDAQ: CKXE) owns the rights or partial rights to the names, images and likenesses of celebrities like Elvis Presley and Muhammad Ali, the operations of Graceland along with the massively popular American Idol and So You Think You Can Dancetelevision shows.  Last year, the company disclosed that Robert F.X. Sillerman resigned as CKX’s chair and CEO to pursue a possible acquisition of the company but those talks ended in 2010.  Sillerman has formed a different entity called Function (X).  CKX has a market capitalization of nearly $380 million with shares at $4.09, and its 52-week range is $2.91 to $6.32.  Revenues decreased from $328.3 million in 2009 to $273.7 million in 2010.  Total assets went $109.4 million in 2009 to $460.8 million at the end of 2010. Its goodwill is valued at $111.3 million and its intangible assets are worth $88.1 million.

Collectors Universe Inc. (NASDAQ: CLCT)  offers professional authentication and professional grading services for items such as baseball and football cards, autographs and memorabilia, coins, and stamps. You know that multi-million dollar Honus Wagner tobacco baseball card? Collectors Universe authenticated and graded it.  Its fiscal June 2010 revenues were $39.76 million with net income of about $16.7 million. While Collectors Universe has competition, it is either private or is more diversified.  Imagine earning a living from evaluating sports memorabilia… A truly unique business model. 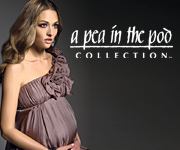 Destination Maternity Corporation (NASDAQ: DEST) is a niche retailer specializing in maternity clothing and apparel.  It operates more than 1,700 retail locations.  Its retail chains include Motherhood Maternity, A Pea in the Pod, and Destination Maternity. It also sells online and through Sears, Kmart, and Kohl’s.  The company’s shares are close to all-time highs.  Its 2010 revenues were $531 million and net income was $16.8 million.

Lululemon Athletica, Inc. (NASDAQ: LULU) is the largest of our highly unusual public companies and it is based in Canada. Is has been a story of amazing growth here in the States, however. Its shares are very liquid, with an average daily volume of more than 2 million. How this became a $6 billion company in market cap has amazed and confused many investors.  Its shares have risen about 15-fold since the market bottomed in March 2009. Lulu’s fitness and lifestyles products are not exclusively for yoga but few consider it competitive with sportswear with giants such as Nike, Adidas, or Reebok.  Its company-owned Lululemon brand stores are also sometimes turned into instant yoga studios, which means it  competes with the independent yoga studios which are also  its customers.  The company has significant growth opportunities in North America and internationally. With Lululemon’s success, is amazing that someone has not tried to do a series of roll-up acquistions of independent yoga chains followed by an IPO.  A barrier to a roll-up might be that Lululemon has been so successful.  The company’s shares have risen so much that it just declared its first two-for-one stock split.

Madison Square Garden, Inc. (NASDAQ: MSG) has ties back to Cablevision and was recently spun out of that company.  MSG operates in three segments: MSG Media (content for multiple distribution platforms, including content originating from its venues, along with MSG Network and Fuse Networks); MSG Entertainment (creates, produces, and presents live productions via concerts, family shows, special events, and theatrical productions); and MSG Sports (which owns and operates sports franchises).  In New York City, the company owns the Madison Square Garden complex.  Its other venues include The Chicago Theatre in Chicago. It leases Radio City Music Hall and the Beacon Theatre in New York City.  The stock actually popped recently on news that Carmello Anthony was joining The Knicks basketball team.