Jobs with the Widest Pay Gaps Between Men and Women 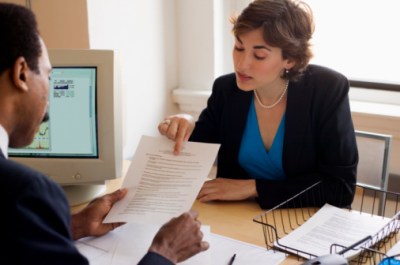 Source: Thinkstock
The gender wage gap has narrowed over the years. In 1979, women made an estimated 62% of what men earned. In 2012, the wage of a full-time female employee was roughly 81% of her male counterpart. While that is good news, in the past 10 years, the gap has remained more or less unchanged.

The size of the remaining pay inequality depends a great deal on the job. In many of the largest occupations in the country, women earn close to what men do on a weekly basis. In others, however, the disparity remains closer to the 1979 levels. For example, the typical female insurance agent brought in just 62.5% of her male counterpart in 2012.

Based on data compiled by the Bureau of Labor Statistics’ recent report, 24/7 Wall St. identified the 10 occupations where the median weekly full-time income among women was the smallest as a percent of men’s earnings.

While most acknowledge that workplace discrimination and the glass ceiling are major reasons women made a weekly median of $691 compared to men’s $894, there are several other factors to explain this disparity. For one, employment in the different occupations is not equally distributed by gender, explained Ariane Hegewisch, study director at the Institute for Women’s Policy Research. Some higher-paid positions in the same field are much more likely to be held by men than women.

For example, many of the occupations with the largest gaps between men and women are in sales. “For the wage gap in sales positions, commissions seem to be a factor,” Hegewisch said. “Women tend to work selling clothes, men tend to work more selling cars and TVs.” These higher price tag products tend to bring in much more in commissions, while items like clothing tend to bring in much lower commissions, if any at all.

In some of the occupations with the widest pay gap, the difference in the number of hours worked by men and women is also a factor in the difference in pay. For example, among physicians and surgeons, women earned barely two thirds of their male counterparts. Hegewisch explained that the majority of surgeons are men, while women physicians are more likely to be engaged in care-based or clinical work. Surgeons are usually required to be available as many as 80 hours a week, and they are usually paid more as a result.

While hours worked and employment distribution can be factors in pay difference, workplace discrimination remains a key factor. One way Hegewisch suggested this might be occurring is in sales occupations. These positions usually rely on leads, and women do not appear to be getting the same quality leads as men in some cases. “In insurance and in financial products, it is an issue of getting leads — who are the clients you are pointed to… who do you get access to?” Hegewisch added that this difference in leads “has been found to explain quite a bit in the pay gap, and in some cases to be discriminatory.”

To identify the 10 jobs with the largest wage gap, 24/7 Wall St. reviewed the U.S. Bureau of Labor Statistics’ release of earnings data from the Current Population Survey for 2012. The wage data are based on weekly earnings of both men and women working at least 35 hours a week year-round. We only considered occupations that were not themselves broken out into more specific categories by the CPS. We also excluded those occupations that the BLS considered too broad to define.