The States With The Youngest Residents 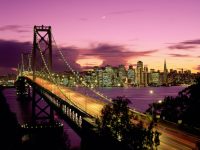 According to the 2010 Census, California’s population is more than 36 million, the most of any state. About 5.5% of its population is under the age of 18. However, the state has actually had a net loss of more than 200,000 children and teenagers since 2001. Brown University professor John Logan explained this is because young families are not moving to the state because of its worsening economy. In the past ten years, “The Golden State” went from having the fifth largest percentage of its population under 18 to the tenth. The state, which has the highest GDP in the country, $1.8 billion. That is more than that of the 24 smallest states combined. California’s population, has increased by about 10%, which is just above the national average. Growth has slowed significantly, however, as the ailing economy has curbed both immigration and employment. According to the San Francisco Chronicle, between 2009 and 2010, 72,000 more people left California than came to the state. 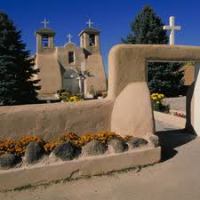 New Mexico had the 15th fastest-growing population over the last decade, adding 13% – nearly a quarter million people – between 2000 and 2010. The most significant source of this growth came from the population aged 18-29. Immigration has been a major reason for the state’s booming base of working-age young adults. According to the National Association of Latino Elected and Appointed Officials (NALEO), 78% of the state’s population growth in the last decade has been among Latinos, despite the fact that they still only make up 46% of New Mexico’s residents. Between 2001 and 2009, “The Land of Enchantment” dropped from having the 28th largest portion of young adults (aged 18-29) to 17th. The state’s median income increased more than 30% between 2000 and 2009, the 11th greatest increase in the country. The improvement only brought it to 40th best overall.

Mississippi has a median income of $46,340, the lowest in the U.S. As is the case in many poor states, it had the fifth-highest birth rate in the country, based on statistics from the Center for Disease Control in 2010. According to a 2010 National Center for Health Statistics study, the state has the highest rate of birth among teenagers. Despite the high birth rate, Mississippi’s population has grown slower than most states in the past decade, especially compared to those with similarly large young populations. While it has the seventh-youngest population in the country, the number of children and young adults decreased by more than 10,000, or 1.42%, between 2001 and 2009. Nearly 26 percent of Mississippi’s population is under 18, but this number represents a decrease from 28.1% in 2001, as births have not made up for the numbers leaving the state.

Nevada’s economy has suffered on all fronts because of the recession. Despite this, the story for “The Silver State” and much of the southwest for the past decade has been one major migration there because of job creation. Between 2000 and 2008, state GDP nearly doubled. It was the fastest growing state in the country each year between 1986 to 2006, and the population increased more than 35% between 2000 and 2010 – the fastest rate. Much of the growth has occurred in the state’s young population. In 2001, the number of Nevada residents under 18 increased 22.8%, the highest increase in the country, as families who moved to the state in the 1990s and in early 2000 began to have children.

A state with similar profile to Nevada, Arizona is another southwestern state which had a major increase in its population of young families as a result of the booming economy. The population is up more than 24% since 2000, the second largest increase in the country, behind Nevada. As has been highlighted by recent legislation, Arizona is one of the states most seriously affected by immigration in the country. According to the Federation for American Immigration Reform, Arizona’s population of foreign-born citizens increased from 646,000 in 2000 to over one million in 2008. This does not include the hundreds of thousands of illegal immigrants that likely entered the state during that time. Like Nevada, the combination of births from young and middle-aged Americans relocating from other states and having children, as well as the high number of immigrants from Mexico, has caused the state to become increasingly young. 43.1% of the state’s population is under 30.