The States With The Oldest Residents 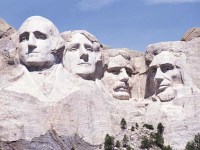 In 2001, South Dakota had the eighth largest percentage of children and teenagers. By 2009, its rank dropped to 28th. The state also lost more than 20,000, or 9.4% of its population aged 30-49 during that time.  The lack of births and the aging of the state’s baby boomers caused it to maintain a very high percentage of citizens over 65. This is despite significant increases in young adults during the past few years as a result of being one of the few economies that has done well throughout the recession. 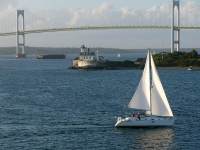 Rhode Island is a clear example of a state in which a failing economy and an aging population go hand in hand. In the past decade, the state had the slowest population growth rate in the country (Michigan was the only state to actually lose people). Between 2001 and 2009, Rhode Island had the 34th slowest increase in median wage, and the 30th smallest increase in GDP over the same period. Rhode Island lost more than 30,000 people, or 10% of its citizens aged 30-49, as many left the state due to a slow business economy. Because of this loss of working-age citizens Retired citizens remained a dominant portion of the population. However, the state’s elderly increased the smallest amount of any state. 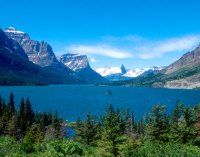 Montana is the nation’s sixth least-populous state, and has the third-smallest economy in the country. Montana’s young population was one of the few that actually decreased over the last decade, dropping from the 29th largest in 2001 to the 39th largest in 2009. Meanwhile the state added 31,042 senior citizens, increasing the proportion of the elderly in the state from the 15th highest in the country to the eighth. A report on the state’s aging population published by the University of Montana shows that the number of residents under 18 is set to decline until at least 2030. 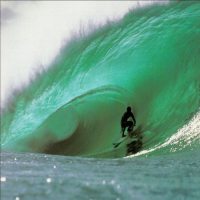 Hawaii relies on tourism, vacation, and retirement more than any other small state in the country. As a result of its warmth and abundant opportunities for recreation, the state has a large elderly population. That number has grown in the past ten years as the baby boom generation has begun to retire in serious numbers. The state increased from tenth in percentage of residents over 65 in 2001 to 7th in 2009, increasing its senior population by nearly 20%. This was the 17th highest increase in the country. According to Hawaii’s Department of Business, Economic Development, and Tourism, the state’s population over 65 is expected to continue to increase from 14.5% in 2009 to an incredible 24.3% in 2035. 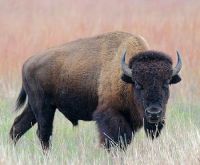 North Dakota has a very similar demographic profile to its neighbor to the south. North Dakota has been has even more successful and has the lowest unemployment rate in the country, at just 3.6%. Over the past decade, median income has increased 45.6%, from $34,840 to $45,826. This was the second fastest rate of income growth in the country. GDP also increased 73.3%, the third highest rate in the U.S. Despite all of this, the state still has one of the highest percentages of elderly people in the U.S. Most of this is due to a major drop in the number of 30-49 year-olds. In the past decade, the state lost nearly 30,000, or 16%, of its middle-aged population. It now has the lowest portion of this group in the country.