The Happiest Countries In The World 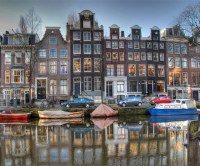 Ninety one percent of Dutch residents report being satisfied with their lives, more than any other country in the OECD. This is likely due in part to high scores for personal life and a good balance between work and leisure. In some countries, such as Turkey and Estonia, that figure is more than 10%. Dutch citizens also spend 70% of their day on personal care, leisure, eating and sleeping, the third-most of any country. This amount of leisure time reflects the national policy of work equality that comes from sharing of labor. In the 1980’s, less than 40% of the country’s working-age women were employed. That number is now more than 70% as a result of aggressive gender equality laws called the “emancipation plan.” 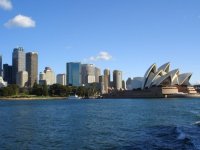 Australia’s performance varies when it comes to quality of life measurements. Seventy one percent of Australians reportedly trust their political institutions, compared to the OECD average of 56%. Australia also had the highest voter turnout among registered voters for the most recent election on record — 96%. Australians are also generally in good health. The country’s average life expectancy is two years longer than the OECD average. Tobacco consumption has also decreased by 50% since 1983, giving the country one of the lowest rates in the world and greatly reducing the risks of many chronic diseases. The country fares worse in other categories, however. Fourteen percent of employed people in the country work more than 50 hours a week on average, one of the highest percentages in the OECD. Joblessness for single-parent families is also a major problem in Australia, affecting more than 50% of such families in 2009. According to the OECD, if the problem is not addressed, that number will increase 20% over the next 25 years. According to the Australian Bureau of Statistics, however, overall unemployment, which was 4.9% as of April 2011, is the best it has been since January 2009.

Eighty four percent of Norway’s population is currently satisfied with their lives, compared to an average OECD rate of 54%. There are likely several reasons for this, as the Scandinavian country scored very well for housing, disposable income, and employment. Seventy-five percent of Norway’s working-age population is employed, and only 0.34% of the population has been unemployed for more than a year. This is the one of the best rates in the OECD. Norway has the second highest disposable income among all countries on this list, behind only the United States. The average person across all 34 OECD nations works an average of 1739 hours per year. The average Norwegian works just over 1400 hours per year as the result of aggressive labor laws. For example, the country recently imposed sanctioned paternity leave, according to the International Labor Organization. 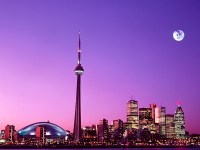 Canada scores extremely well in the majority of metrics used to calculate “well-being.” The country has the tenth greatest life expectancy of all OECD countries. Furthermore, 88% of people in Canada report being in “good health,” compared to the OECD average of 69%. Although this is a subjective measure, it is “a good predictor of people’s future health care use,” according to the OECD. Education is also exceptional in the country. Eighty-seven percent of the population have received a high school degree or more, compared to the OECD average of 73%. In addition to this, the country has one of the highest literacy rates in the world. Canada is also relatively safe, with the lowest rate of reported assaults. The country’s homicide rate, while higher than many other OECD countries, is still lower than the OECD average. 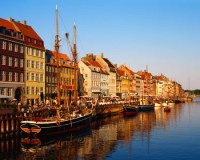 Danish residents have consistently rated themselves as the happiest in the world for years in several different studies. This is in some ways surprising, considering the Scandinavian country received only average scores for several metrics that other highly satisfied countries consistently perform well in. For example, Denmark’s 26% income tax as a percent of GDP (the highest in the OECD) has resulted in an average disposable income of $27,080 compared to the OECD average of $36,800. This places Denmark among the bottom half of developed countries for disposable income. The country also ranks in the bottom third life expectancy and just average in self-reported health. However, Danes have one of the strongest senses of friendship and community, with 97% reporting they had someone other than a family member that they could rely on. Danish culture and government policy is one of the most leisure-friendly. Denmark’s citizens spend more than 16 hours each week on leisure time, the second-highest rate in the OECD. The government also subsidizes a full year of maternity leave.

Michael B. Sauter, Charles B. Stockdale, Douglas A. McIntyre