The Happiest Countries In The World

The Happiest Countries in the World
10. Austria 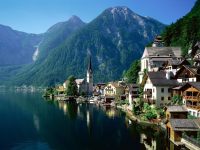 Austria has the one of the highest levels of scores for disposable income (the amount of money the household earns after taxes) in the OECD. Roughly 72% of Austrians between the ages of 15 and 64 are working, compared to the OECD average of 65%. Only 1.13% of working-age Austrians have been unemployed for more than a year, compared to an average of 2.7% across the 34 OECD nations, which contributes to the country’s long-term employment. According to the OECD’s latest economic outlook report, Austrian businesses have largely avoided having to implement layoffs to offset the effect of the recession, employing practices like “labor hoarding” which reduces working hours and requires workers to work part-time and share job shifts. 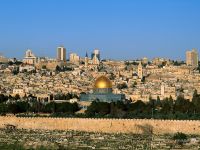 Israel is an outlier among OECD nations because it has a relatively high life satisfaction score, but performs poorly for many of the 19 quality of life measurements. For example, Israel has the sixth worst scores for student reading and the fourth worst scores for long hours worked, with 0.23% of workers maintaining extremely long hours compared to a OECD average of less than .1%. However, Israel’s score for household wealth (which measures the total worth of a family’s income and property after liabilities) is the fifth-highest across all nations on this list. Each household has an average estimated wealth of more than $62,000, compared to an average of less than $37,000. Part of the reason is low taxes – the country has an income tax rate of 6.3% of GDP, the sixth-lowest in the OECD. 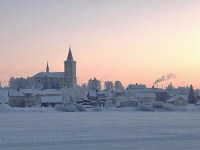 For many of the metrics considered by the OECD for its “Better Life Initiative,” Finland ranks about average. The country stands out in a few categories, however, causing it to rank eighth best for “life satisfaction.” The category in which Finland does the best is education. Finnish students have the second best reading skills among students in all OECD countries, behind only South Korea. According to OECD’s Programme for International Student Assessment, literacy is one of the most reliable predictors of economic and social well-being. In 2009, the average student in Finland scored 536 out of 600 in literacy. The OECD average is 493. The quality of Finland’s educational system can be attributed to the high respect the country shows its teachers. Teaching is “one of the most sought-after professions in the country,” according to the OECD. Finland also scores very well regarding the work-life balance. Citizens work almost 100 fewer hours per year than the OECD average. Also, 76% of mothers are employed once their children begin school — the fifth highest rate. This implies that mothers in Finland are largely able to balance family life and work. 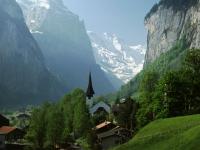 Switzerland has roughly the same level of life satisfaction as Israel, but unlike the Middle Eastern country, it scores near the top in most of these quality-of-life indices. The small, wealthy country bordering France and Germany scores in the top ten for nine out of the 20 OECD measurements, and in the top 20 for all but three. Swiss residents have the second-highest life expectancy in the OECD (82.2 years) and the highest rate of employment (79% of working-age residents). Switzerland also has a high rate of mothers who are employed after their children begin school — 79% compared to an OECD average of 65%. The Swiss government subsidizes maternity leave for pregnancy and for up to 16 weeks following birth, which may provide an incentive for businesses to employ pregnant women. 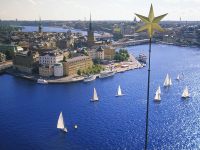 Sweden excels in a number of categories which make the lives of its citizens easier. The most striking of these is outdoor air quality, for which Sweden has the best out of all OECD countries. According to the Swedish government, its goal is that “the air should be so clean that no damage is inflicted on people’s health, and animals, plants and cultural values.” Swedes have an above-average trust in their political institutions and above-average voter turnout for elections. The country also has the second highest level of “governmental transparency when drafting regulations,” further evidence of trust in the government. People in Sweden generally have a good balance between work and personal life. They certainly are not overworked, as only 0.01% of the population put in more than 50 hours a week on average, the second lowest amount among these countries.