What Happens When Every State Hits Amazon On Taxes? 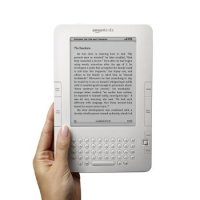 California means to make Amazon (NASDAQ: AMZN) and other e-commerce companies pay state sales taxes on all the goods and services the companies sells in the largest state by population.  In response, Amazon said it would end its relationships with all of its affiliates in the state.

The state action could drive thousands of affiliates of e-commerce companies out of California along with an undetermined number of jobs. But, California means to enforce the law which it believes will bring in more than $300 million a year in revenue.

The Los Angeles Times reports that “California is the seventh and largest state in the country to pass a law to collect taxes on out-of-state Internet sales.” The six others are Illinois, Arkansas, Connecticut, North Carolina, Rhode Island and New York. Amazon has gone so far as to shutter distribution centers in some of these states. The balance between taxes collected and jobs lost has become one in which states have real risks.

Amazon says that sales taxes could cost it billions of dollars. Consumers may not understand that Amazon does not profit from the sales tax, which businesses collect for state and local governments. All they see is that Amazon has raised prices on some products.  The world’s largest e-commerce firm knows that will take some of its price advantage it has over bricks-and-mortar stores away.

What Amazon never discusses is a challenge it may not be able to meet. What will happen when another seven states decide to tax e-commerce revenue and then another seven after that? Amazon will eventually run of out places where it can end affiliate relationships and close distribution centers. It has to ship its products from somewhere. Affiliates are critical to its overall revenue.

Amazon knows it has begun to fight a war it will eventually lose. It may even be forced to pay back taxes on items it sold in some states in the past. No one knows what this will cost Amazon in the end, but the figure could be in the billions of dollars.