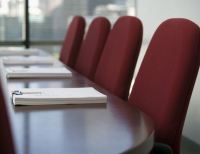 Some boards of directors of America’s largest public companies have shown such poor judgment guiding their troubled corporations that they have long stopped being effective. Just recently, the misguided actions of the boards of Hewlett-Packard (NYSE: HPQ), Bank of America (NYSE: BAC), and Yahoo! (NASDAQ: YHOO) caused the stocks of all three to plunge. The three boards have failed in their attempts to elect effective CEOs and stumbled in their efforts to set sensible strategic directions for their companies. 24/7 Wall St. has named eight other companies whose boards are the most dysfunctional among those that run America’s largest companies.

Dysfunctional boards have helped create problems at large public companies that have lost billions of dollars in market value. Current SEC and other government agencies’ regulations make it almost impossible for shareholders to remove directors. Investors in these companies, therefore, have little choice. They can decide to live with these boards, or — if they think the governance of the companies will not get any better — sell their stock.

To find the most dysfunctional boards, 24/7 Wall St. looked at the S&P 500 companies. We chose companies whose stock prices have fallen at least 33% over the last five years, but excluded those with revenues lower than $5 billion in 2010. Finally, the board troubles at Hewlett-Packard, Bank of America, and Yahoo! have been so well chronicled that we excluded them from the list as well.

Among the subjective guidelines 24/7 Wall St. editors used to further determine the effectiveness of a board was the length of service among board members. Boards with long-serving board members can be an impediment to change if companies run into troubles, such as in the case of GE. (NYSE: GS) Another factor we looked at was whether a company’s board supported a poor performing CEO for several years, as in the case of Goldman Sachs (NYSE: GS). Ironically, the reverse — electing too many CEOs — may also indicate a dysfunctional board. This is a sign the board cannot effectively choose chief executives and strategies that will help its company return value to shareholders consistently, such as in the case of Hewlett-Packard. 24/7 Wall St. came up with eight “American Companies With The Most Dysfunctional Boards”.