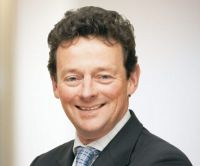 Public companies dismiss CEOs all the time. The firings can be due to incompetence, malfeasance, or tensions with boards of directors or founders. 24/7 Wall St. has chosen nine sitting CEOs who should be let go by their boards.

All the CEOs are on this list for simple reasons. The first is that many have presided over ethical or legal lapses. This is certainly an issue at Goldman Sachs, Dell, and Moody’s. It is easy for observers to say that the chief executive of a large firm cannot be responsible for every action of every employee. But when the trouble is repeated and widespread, it is senior management that must be blamed for refusing to set a strong moral tone.

Some candidates are on this list is because they have made strategic decisions that have cost their companies dearly. Sprint-Nextel has decided  to adopt a 4G format that is different from the one that AT&T and Verizon Wireless will use. In coming to the market first, it hopes to steal subscribers from its two larger rivals. Unfortunately for Sprint, both AT&T and Verizon have very strong products and competitive pricing to keep their customers where they are. Sprint probably painted itself into a box – a box in which its technology is unsustainably in the minority.

The last reason that a CEO may have been chosen is a simple one: the exceedingly poor management of a large and previously highly successful business. The best example of this is Boeing. It has been one of the world’s premier manufacturing companies. The failure to deliver its flagship product on time has hurt the firm, as it has repeatedly put off the launch of the 787 Dreamliner.

What follows is a list of the CEOs and the case against them remaining in their current positions. Each of these companies would be much better off with a new leader – customers, shareholders, and employees should expect that they will get them.

Michael Duke became CEO of Wal-Mart on February 1, 2009. Since then, the company’s stock is up 5%. The shares of archrivals Target (NYSE: TGT) and Costco (NASDAQ), are up 65% and 22% respectively. Worse, even industry whipping boy Sears Holdings (NASDAQ: SHLD) shares are up 53% during the same time frame.

Duke has far more resources than his competitors. Walmart has sales of more than $400 billion and 2.1 million workers. The company operates 803 discount stores, 2,747 supercenters, 158 neighborhood markets, and 596 Sam’s Clubs in the United States alone. The company also has a significant presence in China, Mexico, and Brazil.

Walmart’s opportunities to expand overseas remain significant, though many of the problems that it faces existed before Duke’s appointment. Walmart’s attempts to enter South Korea and Germany were failures, and it has struggled for years in Japan. The world’s largest retailer is only now starting to move into India. In this regard, Duke has failed to correct the sins of his predecessors and has perpetuated many of them.

However, the most damning part of Walmart’s performance in the last year-and-a-half has been its inability to increase its business in the US. On March 19, the company reported its fourth quarter in a row of disappointing same store sales in the US. The Wall Street Journal reported that “Wal-Mart’s forecast was considerably gloomier than recent guidance from other retailers such as J.C. Penney Co., Macy’s Inc. and Kohl’s Corp., which this month reported that customers had regained confidence and slowly resumed discretionary spending.”

Duke cannot be blamed for the recession, but he can be blamed for Walmart’s inability to exit the downturn as quickly as its rivals. It has resorted to aggressive discounting, but that does not appear to have done much to help its momentum.

Walmart’s activity online also represents a notable failure. According to comScore, Walmart websites had 35.5 million visitors in the US in May, making it the second largest e-commerce site. Amazon.com, the number one operation, had 78 million visitors and brings $30 billion a year in revenue. Despite its apparent success online, Walmart.com represents only a tiny fraction of Walmart’s sales. Given the firm’s resources and brand, its share of the e-commerce market should be much greater and should represent a larger percentage of its revenue.

The biggest strike against Duke is that he has done so little to change the company.  The stores have not evolved to address the company’s shortcomings or the changing face of the market. As evidence, its online presence has not improved and the presence of the company in parts of the country, especially urban areas has remained largely static.

It is easy to say that there has been resistance to expansion. However, good management is good because it can overcome those hurdles. Walmart appears fated to have two or three more years like the last three. With the company’s resources, that is not even close to acceptable.