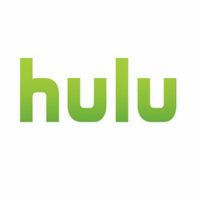 Any potential deal very likely fell apart on the difference between what the owners thought the property was worth and what the potential buyers thought it was worth. Hulu’s value is its content, and without a firm commitment from News Corp., Disney, and Comcast that a new owner would be able to get content at a reasonable price, no buyer was willing to risk the $2 billion+ that the owners were seeking.

The result should really not be surprising. Potential buyers have the example of Netflix Inc. (NASDAQ: NFLX) to use as a guide, and Netflix’s troubles getting content are already well-known. Movie and TV production companies believe their content is worth more — a lot more, apparently — than do potential streaming companies.

That, too, should be no surprise. Video streaming threatens to cannibalize ancillary revenue such as DVDs and cable rights, and the content providers want to make sure that they are able to replace those revenue streams. There’s no indication yet that streaming video will be able to do that.

Content companies have seen TV viewership fall, by 3.4% in 2009 and another 2% in 2010. Cable TV subscribers fell by nearly 0.5% in the second quarter of this year alone. That may not sound like much, but it’s nearly half a million subscribers from a base of 100 million. In 12 months, that would be 2%, or 2 million, of cable’s subscriber base.

How media companies capture the revenue from streaming video is critical to their ability to survive. Research published earlier this year estimated that Netflix, Apple Inc. (NASDAQ: AAPL), and other streaming video providers will pay about $2 billion in 2011 for programming. By contrast, traditional TV providers will pay nearly $39 billion for programming.

And unlike viewers and subscribers for traditional TV, the streaming subscriber base is growing. And while Netflix’s content costs are now nearly even with traditional TV providers as a percentage of revenue, the company’s per subscriber cost is around a tenth of the amount traditional TV.

That’s what drove Netflix’s splitting of its business into streaming and DVD divisions. The tripling of the streaming video subscription is a function of what the media companies are extracting from Netflix for content. Netflix could no longer afford essentially to give away its streaming service.

But as network and cable TV viewers “cut the cord,” the media companies need to recover that revenue. In so doing, however, they may kill the golden goose — aka Netflix — that they have been counting on for recovery.

The potential buyers for Hulu also figured this out and could see the writing on the wall: Content costs were simply going to skyrocket if the content companies no longer had any skin in the streaming video market. The buyers bailed out.

Whether the current owners of Hulu can ever reach an agreement on what Hulu should be and how it should get there remains to be seen. The likeliest outcome is that disagreements among the owners on how to generate revenue from streaming will cripple Hulu and eventually kill it.