The Healthiest Counties in America 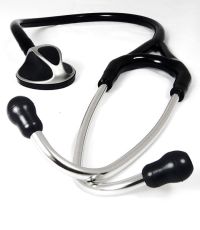 In Scott County, Minnesota, just 8.6% of the residents report being in poor health — one of the smallest portions in the country. Access to care is extremely high in the region, with just 8.4% uninsured compared to more than 30% in many parts of the country. Poverty in the county is nearly nonexistent. Just 6.2% of children in the region live below the poverty line, the 10th smallest rate in the U.S. The unemployment rate is just 7% in the county, well below the national unemployment rate.

Fairfax, Virginia is one of the wealthiest counties in the United States. A prosperous suburban area of the D.C. metropolitan region, Fairfax has the second-highest median income of any county in the U.S. Fairfax has the fourth-lowest rate of premature death in the U.S. The region also has some of the best self-reported health. Residents reported feeling physically ill an average of just 2.3 days each month, and mentally ill just 2.1 days per month.

Carver County has the tenth-lowest rate of premature death in the country. At 5.3%, it also has one of the lowest rates of low birth weight among newborns. Only 7% of residents are without health insurance, which is also one of the nation’s lowest rates. The county is wealthy and highly educated. Median household income in Carver is just under $82,000, and only 6% of children live in poverty — the fourth-lowest rate. Eighty-two percent of residents have post-secondary education, which is also among the the country’s highest rates.

Just 7% of Story, Iowa’s population reported being either in fair or poor health. To compare, 36.4% of Starr County, Texas residents reported the same. Just 7.7% of Story’s residents are without health insurance, the seventh smallest percentage among the 1,000 largest counties in the U.S. Residents are very vigilant about their health in the state. Nearly 80% of women over 44 receive mammograms to test for breast cancer, the 16th most among the 1,000 counties. A high of 93% of diabetics receive the HbA1C test to check if the disease is under control, the seventh highest rate among the largest counties.