The Most Unhealthy Counties in America 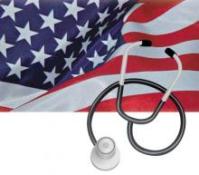 The United States is often compared to other countries when it comes to health care. Among developed countries, we spend more than any other nation, while Americans remain relatively unhealthy. But what about within the U.S.? Do all regions suffer from poor health? The answer, obviously, is no. In fact, the difference in health from one area to the other is striking.

Read: The Most Unhealthy Counties in America

Read: The Healthiest Counties in America

A report published by the County Health Rankings & Roadmaps ranks the overall health of the residents living in the country’s 3,141 counties. The rank measures health outcomes based on the residents’ length of life (mortality) and quality of life (morbidity). According to the report, the four factors that comprise this are lifestyle, health care, environment and social and economic conditions, such as education and income. 24/7 Wall St. ranked the 1,000 largest counties by population to identify the counties with the best and worst health.

The environment is one of the major factors affecting the health of the population. This includes exposure to air pollution and access to healthy food and recreational facilities. The counties with the worst health were not among the worst in terms of pollution, but they had relatively poor access to healthy activity and healthy food. In three of the least healthy counties, 15% or more did not have access to healthy choices. For example, in nine of the 10 regions, fast-food restaurants represented more than half of the available eating out options.

Clinical care is another factor measured by the study that had a clear impact on health. This is the actual availability and use of health care facilities and physicians. According to the data, the ratio of physicians to residents in several of these counties with the poorest health is worse than 2,000 to one. The rate of preventable hospital stays is also very high in these counties, meaning they did not receive effective care before forced to stay in a hospital. As a result, six of the 10 counties are in the top 10% for having the highest rate of preventable hospital stays.

Not surprisingly, healthy behavior is another important factor. Unhealthy behavior includes smoking, poor eating and a lack of exercise. According to Patrick Remington, MD, director of the project, smoking and obesity are among the biggest risk factors that contribute to poor health: “If you don’t smoke, you exercise, and you eat right — you’ve done about two-thirds of what you can do to live a long and healthy life.”

Health data of the most unhealthy counties supports this. Five of the 10 counties with the worst health were in the top 30 (out of 1,000) for obesity. Four were in the top 50 for smoking, including Scioto County, Ohio, which had the highest rate of smoking of the 1,000 counties.

None of these factors, however, were as strong an indicator of poor health as the socioeconomic conditions of the residents of these counties. Unemployment rates in seven of the 10 counties are greater than 10% — far above the national average. All 10 are among the highest 10% for children living below the poverty line. In nine of the 10 least healthy counties, 19% or more could not afford to even see a doctor. In three counties with the worst health, 28% of the residents could not afford to see a physician.

These are the most unhealthy counties in America.