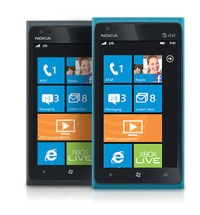 Shares of Nokia Corp. (NYSE: NOK) rose more than 12% last week, about half that on Friday as rumors swirled that the company might be acquired. Nokia, now partners with Microsoft Corp. (NASDAQ: MSFT) in the smartphone sector, has just been hammered since the introduction of the iPhone from Apple Inc. (NASDAQ: AAPL) and the Android operating system from Google Inc. (NASDAQ: GOOG). Shares have fallen from a high of around $40 in late 2008 to just around $3.

Last week’s rumors included a possible buyout of the Finnish company by Samsung Electronics (OTC: SSNLF). Reuters reports today that the Korean electronics giant issued a statement saying, “Such reports are purely speculative and are not true.”

As we noted on Friday, Samsung doesn’t have to buy Nokia to put it out of business. The smartphone marketplace is wiping out Nokia without costing Samsung a penny.