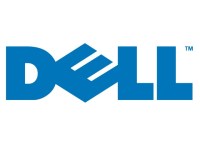 It has been said several times, but for Dell Inc. (NASDAQ: DELL) shareholders, it cannot be said too often: the most important line in the Dell quarterly earnings statement is the one that shows revenue from mobility products. That number for the most recent quarter was down 19% from the same quarter a year ago to $3.8 billion. Dell lost the battle over mobile computing — whether that is tablet PCs or smartphones — many, many quarters ago.

Brian Gladden, Dell’s chief financial officer, said in the earnings press release that “Growth in our PC business was challenging, as we saw a tough macroeconomic and competitive environment, and continued to focus on higher-value solutions in this business.” He could have skipped that statement if Dell had a tablet business like Amazon.com Inc.’s (NASDAQ: AMZN) or Samsung’s. He also could have skipped it if Dell sold only a fraction as many smartphones as Apple Inc. (NASDAQ: AAPL), or even slightly troubled, Taiwan-based HTC. Dell’s market share in these sectors is zero.

These smartphone and tablet sectors are where all of the unit and revenue growth in consumer computing is, whether that growth is in key Dell markets such as Asia and Europe. Dell cannot recover without a significant presence among the companies that design, build and sell these products. The leaders like Samsung and Apple already have taken such a large portion of the market that even existing competitors like Nokia Corp. (NYSE: NOK) and LG are in trouble. Dell, for these among other reasons, has completely lost its chances for future grow in the personal computing industry that it helped create.

American public companies are sometimes described as “dead.” The term has been applied to Best Buy Co. Inc. (NYSE: BBY) and JCPenney Co. Inc. (NYSE: JCP), as well as much more recently founded companies like Zynga Inc. (NASDAQ: ZNGA) and Groupon Inc. (NASDAQ: GRPN). No matter how cheap a trick it is for the financial media to use the term “dead company” to draw readers, it actually fairly applies to Dell. And, the company cannot blame anyone other than itself.