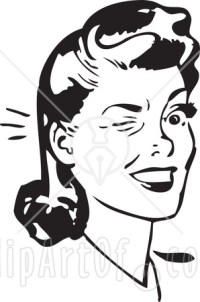 One of the few female Fortune 500 CEOs left her job recently. Poor stock performance and lackluster earnings led Angela F. Braly to resign at WellPoint Inc. (NYSE: WLP). The company has some 33 million members of its health care programs, but that number has dwindled. It is tempting to say that this is a bad sign as the ranks of female CEOs at huge public corporations has dwindled. But in fact, Braly was pushed out for the same reason that any male CEO would be.

Before Braly was forced out, there were 20 women at the head of the nation’s 500 largest companies. That is a paltry 4%, particularly during a period when women are supposed to be treated as well as men in both executive suites and board rooms. But there is plenty of evidence to the contrary. Research firms like Catalyst are forever reminding anyone who will listen that women cannot get a fair shake as they move up the ladder at big companies. Between the lines of their protests is the idea that the glass ceiling should be removed, which is fair enough.

But fairness is only part of the measure of who should be chief executive of a big company. Perhaps Braly should have been given more time. But she took over as CEO in 2007. Five years is a long stretch for any chief executive to deliver solid results. Of course, several exceptions to that rule can be found among male CEOs. Dan Hesse, head of Sprint-Nextel Corp. (NYSE: S) since 2007, comes to mind. Sprint has fallen almost to pieces since he took over. Boeing Co.’s (NYSE: BA) CEO Walter James McNerney Jr. ought to make the list of chiefs who should have been ousted as well, after having presided over the disastrous launch of the company’s flagship Dreamliner.

To assume that Braly was treated inappropriately is a reach. The WellPoint board was given an ultimatum by investors. There is reason to believe that ultimatum was a fair one. A look at the company’s share price confirms it. Braly did not deserve to be CEO any longer, even if the boards of Sprint and Boeing have made the error of sticking with people who do not deserve their jobs either.

Braly was a part of the remarkably low 4%. That does not mean she deserved to be treated differently than the chief executives of the great majority of big companies.