Great Dividends: Meet the Preliminary 2015 Dogs of the Dow 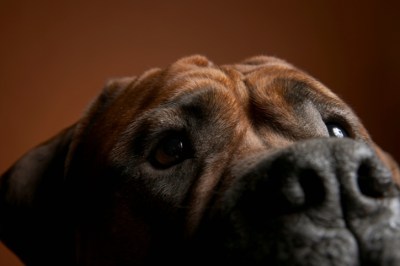 Source: Thinkstock
It is coming up on the end of the year, and the stock market is nearing its sixth year of the bull market. With investors loving dividends so much, 24/7 always tries to take a look at what the Dogs of the Dow will look like for the year ahead. Quite simply, these are the 10 highest Dow Jones Industrial Average (DJIA) dividend stocks.

The Dogs of the Dow is a widely followed group of stocks. It may sound like the “dog” is simply a measure of poor performance. Sometimes that is the case, but that is often coincidental — and/or why the new members in the Dogs of the Dow have such high yields.

What 24/7 Wall St. noticed the most is that there likely will be many big changes in the Dogs of the Dow for 2015, versus the preliminary Dogs of 2014. The closing prices are as of Monday, December 22, 2014, and this basically narrows these stocks down to five trading sessions left in 2014. Also, those five trading sessions are generally considered to be light in volume and very light in attendance from major traders.

AT&T and Verizon are yet again the two highest yields by far in the Dogs of the Dow, and they are likely to be followed by Chevron and McDonald’s. Pfizer and GE are fighting it out for that key fifth highest dividend yield spot. Companies like DuPont, Cisco, Microsoft and Intel look as though they will not be among the 10 Dogs for 2015 as they were a year ago.

24/7 Wall St. has included brief color on each of the likely Dogs of the Dow for 2015. We have also included pricing, share performance in 2014, the 52-week trading range, an earnings valuation and the consensus analyst price target for each.

Chevron Corp. (NYSE: CVX) has been the victim of the oil patch in 2014. As prices have fallen, the weakness in oil stocks has pushed the yield higher — as did Chevron’s dividend hike earlier this year. Its dividend is now 3.80%. Chevron saw its shares fall just under 1% to close out Monday’s trading at $112.03. This company has a market cap of $211 billion. Out of this group, it has the worst year-to-date performance, down 7%, due to falling gas prices since the summer. The stock has a consensus price target of $122.74 and a 52-week trading range of $100.15 to $135.10. The forward P/E ratio is 15.

McDonald’s Corp. (NYSE: MCD) had an uneventful year on the surface, as its year-to-date performance was nearly flat from Monday’s close at $93.89. Still, it was one of the worst DJIA stocks of 2014, and whether the new menu changes will make for a turnaround remains unknown. McDonald’s still is the face of low-wage labor fights each month. Also, young adults just don’t like McDonald’s the same way prior generations did. The yield of 3.60% likely solidifies its number-four slot in the Dogs of the Dow for 2015. The 52-week range fluctuated 18% from $87.62 to $103.78, but the company has little to show for it. The consensus analyst price target is $95.99, and the market cap is $91 billion. The forward P/E ratio is 17.