5 Top Earnings for the Week Ahead 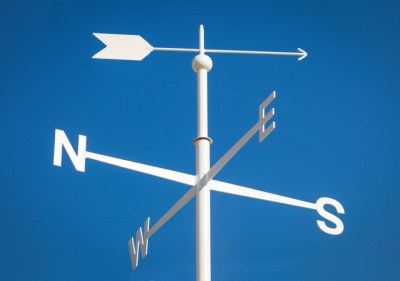 Source: Thinkstock
24/7 Wall St. has put together a preview of some of the major companies reporting their quarterly results this week. We have included the consensus earnings estimates from Thomson Reuters, the stock price and trading history, as well as added some additional color on each. Be advised that the earnings and revenue estimates may change ahead of the formal reports, and some companies may change reporting dates as well.

Best Buy Co. Inc. (NYSE: BBY) will share its most recent quarterly results on Tuesday. The consensus estimates call for earnings per share (EPS) of $0.34 and $8.29 billion in revenue. This top electronics retailer has bounced back and forth as a Wall Street favorite, and it could be set for a solid second half despite corporate guidance for sluggish sales. Best Buy announced recently it would start selling the Apple Watch next month, becoming the first national retail chain to offer the device outside of Apple’s own stores. This could be just the kind of product to help lure consumers back to the retailing giant.

Aeropostale Inc. (NYSE: ARO) is scheduled to reveal its fiscal second-quarter results on Thursday. The consensus estimates call for a net loss of $0.55 per share, as well as $335.67 million in revenue. This company is slowly coming to the understanding that it may need to turn to e-commerce to survive in the future. Aeropostale only saw growth in one segment over the past three years: international licensing. Unfortunately, it only represents a tiny 2% of the company’s revenue in fiscal 2014. Perhaps Aeropostale could take it a few steps further and focus exclusively on licensing all of its products to someone else and make Amazon the sole seller.

Dollar General Corp. (NYSE: DG) is set to report its fiscal second-quarter results on Thursday. The analysts’ consensus estimates call for EPS of $0.94 and $5.14 billion in revenue. This company is larger than its rival Dollar Tree, and it does have a small dividend. Both 2008 and 2009 were spectacular years for Dollar General. The company was near its highs along with the rest of the market earlier this month, but it did not fall nearly as hard when the market reversed.

ALSO READ: The 10 Nations That Own the Most Gold

GameStop Corp. (NYSE: GME) is scheduled to report its fiscal second-quarter results on Thursday. The consensus analyst estimates are $0.24 in EPS and revenue of $1.73 billion. In a world in which mobile sales of games have become critical, GameStop has not kept pace. Its forecast for the current year is that revenue could drop 1% and comparable store sales may only move up 1%. And the trend of game sales ran against it earlier this year. The company seemingly found a way out of the woods with its last earnings report, and it hopes that this one will have the same impact.

Autodesk Inc. (NASDAQ: ADSK) is expected to share its latest quarterly earnings on Thursday. The consensus estimates call for $0.17 in EPS and $612.42 million in revenue. In an effort to address the evolving needs of its users, this company has shifted to more cloud computing options, increasing its suite offerings and expanding its product lines. Credit Suisse recently reiterated an Outperform rating with an $80 price target. The firm estimates that Autodesk’s business model changes will drive post-transition, “normalized” earnings power of $8.00 per share (on $6.344 billion in revenue) in fiscal 2023.

ALSO READ: Recovery Coming Or Not, Get Ready for Analysts to Slash Price Targets