The 10 Nations That Own the Most Gold 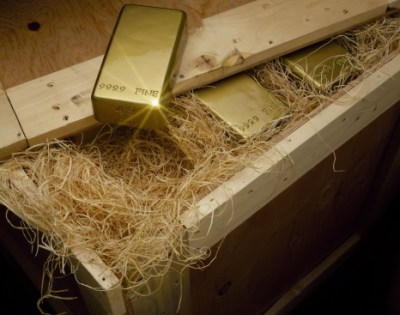 Source: Thinkstock
While gold may no longer have the luster that it had in recent years, each major nation is a large owner of gold. Most currencies are now fiat currencies, meaning they are not all backed by hard assets, but most nations know that their currency does at least have to have some asset base behind it.

24/7 Wall St. has reviewed which nations are the largest holders of gold. These are counted by how much gold is owned by each central bank. It does not count how much is held by the exchange traded funds or in gold bars and coins owned by individuals, all the world’s jewelry and other forms of gold.

24/7 Wall St. compared this to the respective gross domestic product (GDP) of the most recent year (2014) on the traditional purchasing power parity calculation that is used by most economists. This is the GDP (or value) of all final goods and services produced within a nation in a given year, and then valued at prices prevailing in the United States in the year noted.

We also have included how each nation counts on its gold holdings, versus how its GDP ranks in the world’s top nations, and excluded the European Union from GDP ranking and also excluded the European Central Bank (ECB) and International Monetary Fund (IMF) from the central banks holding the most gold.

What gold bugs should know is that the IMF has not been counted as a nation here. Also, the members of the ECB are counted individually, even though the ECB is a large holder as well. The IMF holds some 2,814 tonnes of gold, which would rank third in the world if it was a central bank. The ECB holds 504.8 tonnes, which ranks as the 12th largest holder, if it was a country.

Now consider that there were 183,600 tonnes of known gold in existence above ground at the end of 2014 in all forms.

The United States was not the top global economy in 2014 by GDP on a purchasing power parity basis. Still, the U.S. government is the largest official holder of gold in the world by far — even if rumors persist that the gold held in Fort Knox isn’t really there any longer. The U.S. holdings of gold, despite the massive dollar appreciation against other key currencies, are not likely to officially change very much ahead. The United States could arguably use more gold after the quantitative easing, but the Federal Reserve now has to figure out how to deal with some $4.5 trillion worth of bonds it holds. Having 74% of its foreign reserves is an impressive number, even if the current $500 billion annual deficit and the $18 trillion in debt are not something to be proud of.