Cities With the Fastest Growing (and Shrinking) Economies 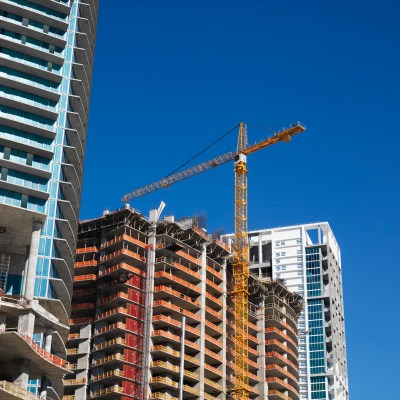 Source: Thinkstock
U.S. economic output grew by 2.2% in 2014 to $15.77 trillion. Some sectors — such as the manufacturing and mining industries — grew. Others — including agriculture and government — shrank. Similarly, some metropolitan area economies grew much faster than the nation, while other city economies actually contracted.

U.S. metro areas are the largest contributors to U.S. economic growth. The Bureau of Economic Analysis (BEA) recently released GDP growth estimates for U.S. metro areas. Midland, Texas, led the nation by a wide margin, with its economy growing by 24.1% in 2014 — more than double the growth rate of second-place San Angelo, Texas. Of the 381 U.S. metro area economies, 95 shrank. In Homosassa Springs, Florida, GDP contracted by 7.5%, the worst in the nation.

The professional and business services sector drove growth on a national level, although this industry was not a significant contributor to growth for most of the fastest-growing city economies. In the fastest-growing metro economies, the primary driver of growth was usually either the natural resources and mining, or manufacturing industries.

Five of the 10 fastest-growing local economies are in Texas, the nation’s leader in crude oil reserves and production. Oil and natural resources mining were major industry drivers in these areas, including natural gas hubs like Midland. However, the price of oil has declined sharply since the middle of last year, and a downturn that so often follows such large economic booms may be imminent even in the nation’s fastest-growing areas.

Some of the fastest-shrinking city economies may be further along the cycle of boom and bust. In an interview with 24/7 Wall St., Sharon D. Panek, chief of the Gross Domestic Product by State Services Section at the BEA, said, “The [mining] industry does have a tendency to show significant growth and also has the opportunity to show noticeable declines.” Just as the mining industry was the largest contributor to growth in some cities, it was also the largest drag on the economy in others. In six of the 10 metro areas with the largest GDP contractions, the natural resources and mining industry was the largest impediment to the region’s economic growth.

The largest driver of growth in a particular area was not necessarily the largest industry in that area, or even the fastest-growing industry. For example, while manufacturing was the largest contributor to the San Jose metro area’s economic growth, the professional and business services segment was the fastest-growing industry in the region. Similarly, while mining dominated the Midland metro area economy in both size and as a contributor to growth, the region’s art and entertainment industry grew faster than any other in the area.

Education levels are often linked to economic circumstance. However, the college attainment rate exceeded the national rate in only three of the fastest growing metro areas. Panek explained that many of the industries driving economic growth may be “more labor intensive than others. And those industries may rely on technical skills which may not lead up to the bachelor education level.”

Despite flagging economies, the unemployment rate declined from the previous year in all 10 of the fastest shrinking metropolitan economies. Panek explained that an area’s unemployment is an aggregated rate and “may show a different trend if you were to look at it by industry.” Unemployment is subject to multiple factors including labor force participation. Declining unemployment could mean that many people in cities with shrinking economies stopped looking for work. It could also suggest that employment increased in industries that did not have as significant an impact on GDP. The unemployment rate in seven of the 10 hardest hit cities was higher than the national jobless rate of 6.2%.

To identify the metropolitan areas with the fastest growing (and shrinking) economies, 24/7 Wall St. reviewed the highest and lowest real gross domestic product growth rates in 2014 among the nation’s 381 metropolitan statistical areas (MSA) from the Bureau of Economic Analysis (BEA). We also used last year’s unemployment rates are annual averages and are from the Bureau of Labor Statistics (BLS). Among the 15 industries examined, a few were comprised of several industry the government groups together. For instance, finance, insurance, real estate, rental and leasing are grouped as a single industry.

These are the cities with the fastest growing (and shrinking) economies.