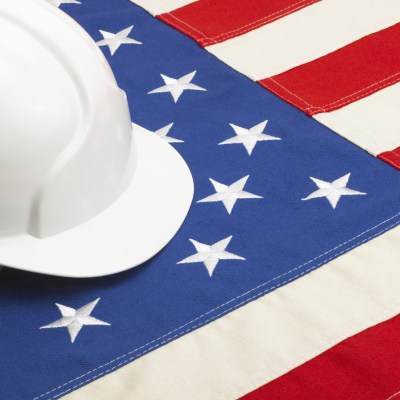 Source: Thinkstock
Over the first half of this year, the U.S. economy generated slightly more than $17.9 trillion in goods and services, up $286 billion from the previous six months. The nation’s economy is driven by a wide array of industries, and every state in the country contributes billions of dollars to the national GDP.

Real estate is by far the largest industry in the country and the largest contributor to the economy in most states. But since housing is a universal need irrespective of geography, it fails to illuminate regional economic differences. Apart from real estate, economic value is created in a variety of other ways state by state. In order to capture the unique economic features of each state, we did not consider real estate in our examination of industries by state. 24/7 Wall St. reviewed the largest industry in each state by GDP contribution.

Using the North American Industry Classification System (NAICS), we examined every industry in each state by its contribution to total state GDP in order to determine the largest industry. While in some states the largest industry was predictable, it was somewhat surprising in others.

Click here to the largest industry in each state.

According to Martin Kohli, chief regional economist at the Bureau of Labor Statistics (BLS), “how incomes get generated depends where you are geographically.” For example, in resource-rich Texas, oil and gas extraction contributes $123.9 billion to GDP, more than any other industry in any state. Similarly, Hawaii, a state known for its natural beauty, attracts millions of tourists each year. In 2013, accommodation was the largest industry in the state, contributing $3.8 billion to the state’s GDP.

Geography can also be important to a state’s economy for less obvious reasons. In some cases, states with similar dominant industries tend to cluster. For example, the three states where computer and electronics manufacturing is the largest industry — California, Idaho, and Oregon — are geographically contiguous. Though in these cases natural resources are not a key factor, geography clearly plays a role. “It could be that there are special skills that people need, and that those states have particularly high abundances of them,” Kohli suggested.

Many states, regardless of geographic distance and other differences, share the same largest industry. In 17 states, for example, the largest industry was either the ambulatory health care services industry, or the hospitals and nursing and residential care facilities industry. Both of these sub sectors fall under the health services sector as defined by NAICS.

In all but three of the 17 states with dominant health related industries, the share of the population 65 and older exceeded the national percentage of 14.4%. Kohli explained that it makes sense for industries categorized under health services to be larger in states with an older population as senior citizens tend to require more medical care and related services.

To identify the largest industry in each state, 24/7 Wall St. reviewed each state’s industries and their respective GDP contributions from the Bureau of Economic Analysis (BEA). With only a few exceptions, the largest industry in each state is real estate. In order to identify regional industrial differences, we excluded the real estate industry in our examination. While industry classifications used by the BEA do not align perfectly with those used by the BLS, included are various industry and occupational data and descriptions from the BLS. Employment figures are for private employees only, and came from the Quarterly Census of Employment and Wages (QCEW).

These are the largest industries in each state.